Danielle Staub and Marty Caffrey finally closed the deal on their bitter divorce ... and she's ecstatic to say goodbye to their less than 10-month marriage.

We got "The Real Housewives of New Jersey" star leaving the courthouse Thursday in Bergen County, NJ and she happily flaunted her divorce papers. She also had a parting bird for Marty.

Danielle told us she's beyond relieved to be done with Marty, and took a shot at his last name. Don't think Danielle's soured on love, though ... because she says she's already back in the dating pool. She's just avoiding a certain type of guy from now on.

As for their divorce agreement ... Danielle tells us she's buying their $2 million dollar home and keeping all the wedding presents, despite reports she has to return them. For what it's worth, Marty told us on the way into court he hoped they could remain friends. Fat chance ... according to Danielle.

We broke the story ... just months after their May wedding in the Bahamas, things started getting really nasty when Danielle claimed she was blindsided by Marty listing their house without telling her. 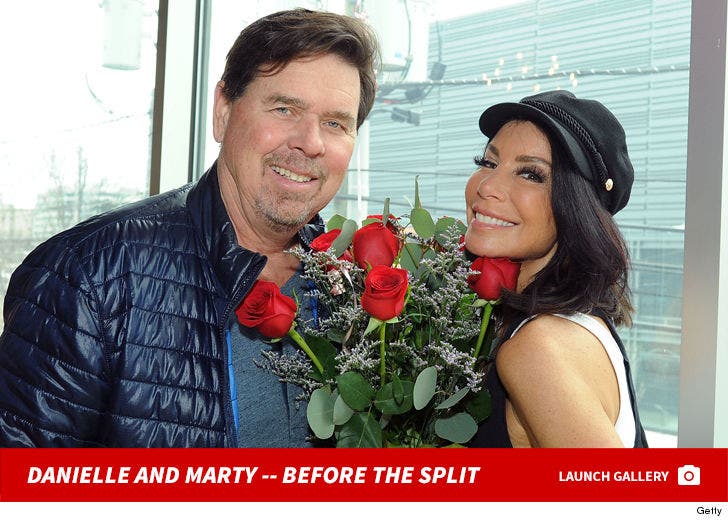 Marty called BS, telling us she knew in advance he was listing the home. Things took a darker turn last month when cops responded to a domestic disturbance at their home. Danielle filed a protective order against Marty, but he claimed she was making up bogus allegations because everyone hates her on 'RHONJ.'

The good news -- they're both free to move on to the next relationship now. This was Danielle's third divorce ... and Marty's second.

Danielle's also making plans to move on professionally. This might sound a little strange, but she pitched us her idea for a new series ... one that focuses on her tragic childhood.

As you might know, she's written about being repeatedly raped as a child, and she's ready to bring that story to TV.

Kudos to Danielle ... she still found a way to smile at the end of her pitch. 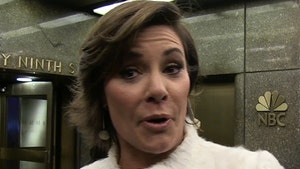