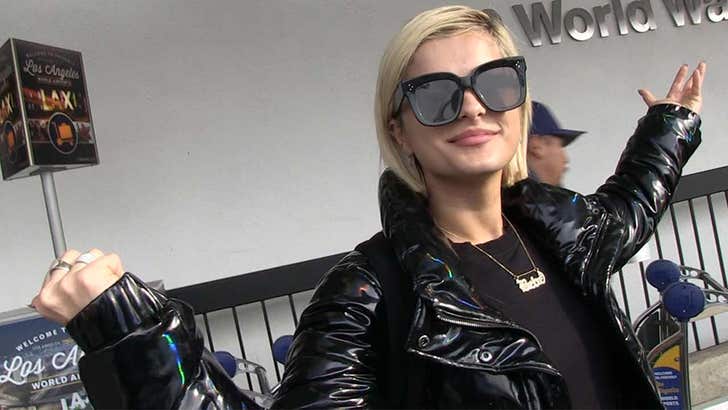 The "Last Hurrah" singer tells us her father hated the vid for her latest single -- which she admits is a little much -- but now she's upset because her fans are trashing him for expressing his disgust.

Her message to those fans when we got her at LAX Tuesday is pretty straight forward ... "Don't talk s**t about my dad!!!" 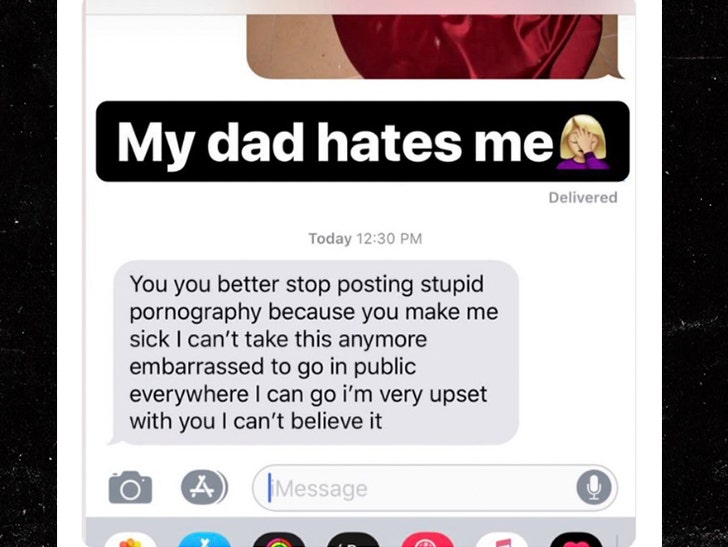 ICYMI -- Bebe shared a text screenshot from dear old Dad on her Instagram story Monday, in which he told her ... "You better stop posting stupid pornography because you make me sick. I can't take this anymore. Embarrassed to go in public everywhere I can go. I'm very upset with you, I can't believe it."

Rexha captioned it, "My dad hates me," but later deleted the texts because her fans started blasting him ... and now she's doing full damage control.

Bebe says she's taking a flight home to New York to patch things up with her father, who hasn't spoken to her in 2 weeks ... but she seems pretty confident all will be fine. As she puts it ... "My dad loves me."

As for "Last Hurrah" -- the video got flagged as "sensitive" on YouTube. It features a lot of sexed-up scenes, partying nuns and Bebe on a bed with crosses everywhere ... with "Daddy's Angel" written over her crotch. She claims this is a toned-down version.

Good luck with the chat with Dad!!! 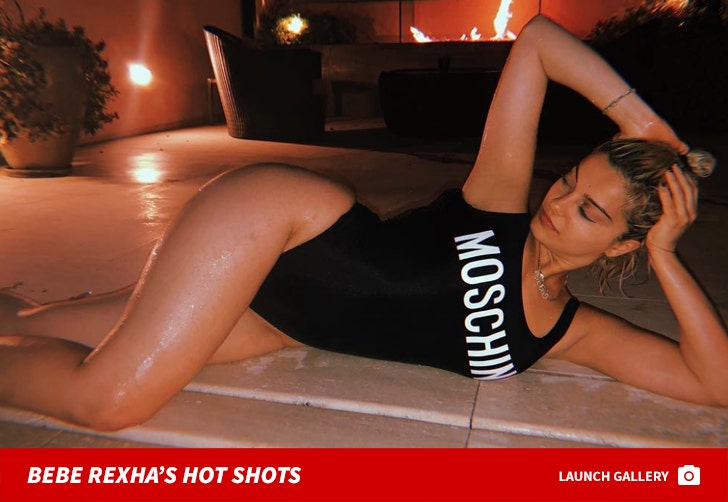 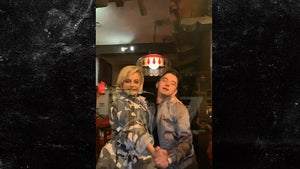 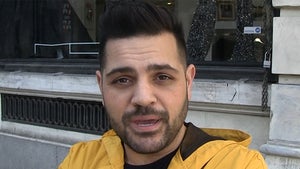