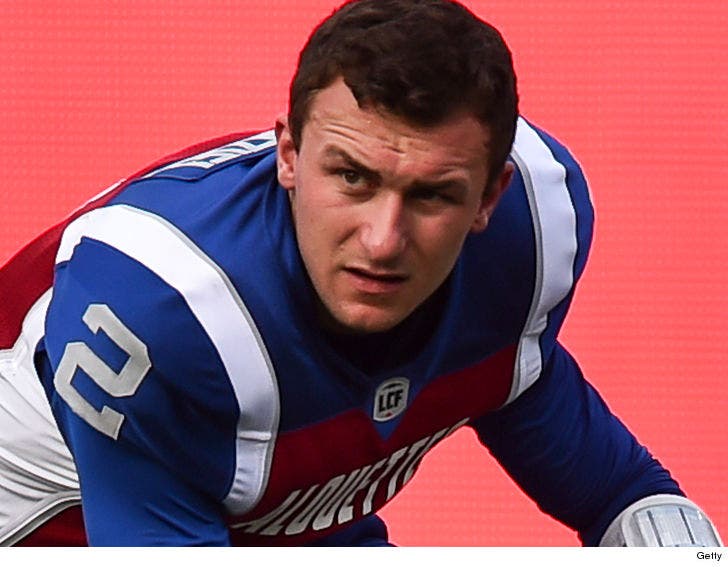 "I want to thank Coach Sherman, my teammates, and the CFL fans. My time there reestablished my love for the game of football and the work that goes into it. I look forward to exploring new options within the United States."

Johnny Manziel has been cut by the Montreal Alouettes and BANNED from the entire Canadian Football League after league officials say the 26-year-old violated the terms of his CFL contract.

The whole thing seems to be a mystery at this point -- neither the team nor the league has said specifically what Manziel is accused of doing wrong.

The Canadian Football League issued a statement saying Manziel had "contravened the agreement which made him eligible to play in the league."

Alouettes general manager Kavis Reed also issued a statement saying, "We are disappointed by this turn of events. Johnny was provided a great deal of support by our organization, in collaboration with the CFL, but he has been unable to abide by the terms of his agreement."

"We worked with the league and presented alternatives to Johnny, who was unwilling to proceed."

“We are confident going into the 2019 training camp with a roster of quarterbacks that had played in our system last year and are committed to our team."

Of course, Manziel has publicly battled substance abuse in the past -- but it's unclear if that's what the Alouettes are referring to in their new statement.

In his contract, Manziel agreed to mandatory doctor visits and required lithium tests every month. He also agreed to visit a therapist once a week.

Again, unclear if his termination was due to a violation of those specific contractual requirements or something else entirely.

Manziel first signed a contract to play in the CFL in May 2018 -- when he inked a deal with the Hamilton Tiger-Cats.

But, Hamilton traded Manziel in July to the Montreal Alouettes -- where he played in 8 games and threw for 1,290 yards, 5 TDs and 7 interceptions. 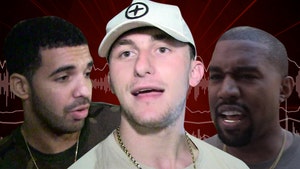