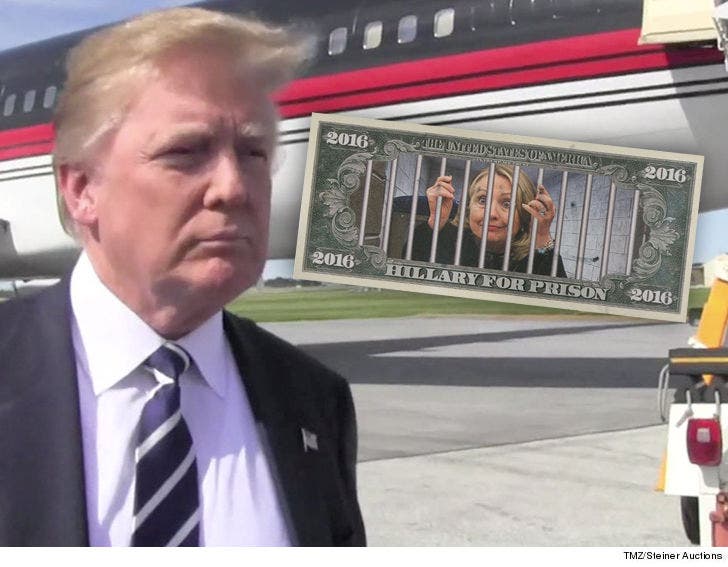 How's this for timing -- the mocked-up dollar bill showing Hillary Clinton behind bars and signed by President Trump has been put up for auction ... just moments before Trump's personal lawyer testified before Congress.

Here's the fake "Federal Hillary Penitentiary Note" from 2016 that bears Trump's signature. The "dollar bill" was handed out at one of Trump's rallies in Florida in the lead-up to the election ... and one of his supporters got Trump to sign it.

The item's a direct shot at Hillary by Trump supporters who often chanted "lock her up" at almost every Trump rally. It's unclear why it took more than 2 years for the item to go up for auction ... but it seems they want to capitalize on Cohen's testimony calling Trump a criminal. 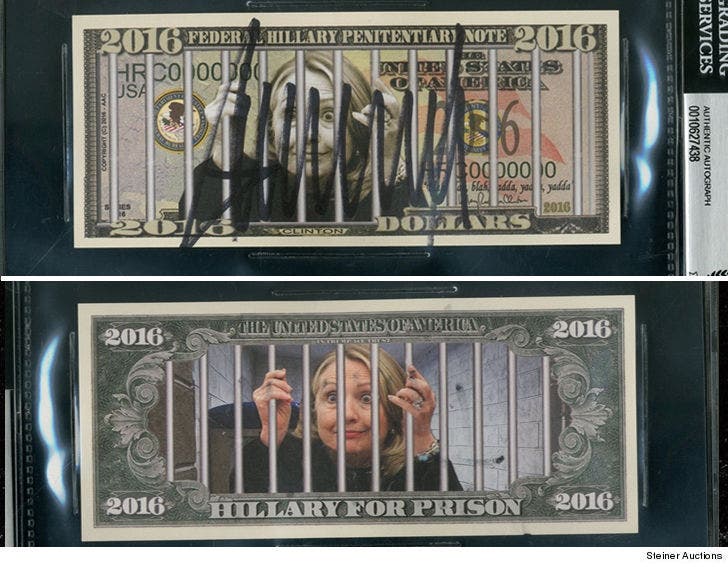 The "2016" bill shows Hillary on one side behind bars with the words "Hillary for Prison," while the other side sports 2 Department of Justice logos, Hillary's signature at the bottom right and the quote, "Blah, blah, blah, yadda, yadda, yadda."

Steiner Auctions -- which has authenticated Trump's John Hancock -- started the bidding at just $200. We're told Steiner expects to haul in thousands by March 24. 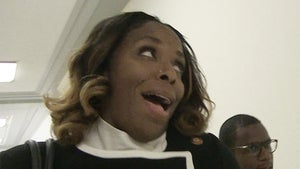