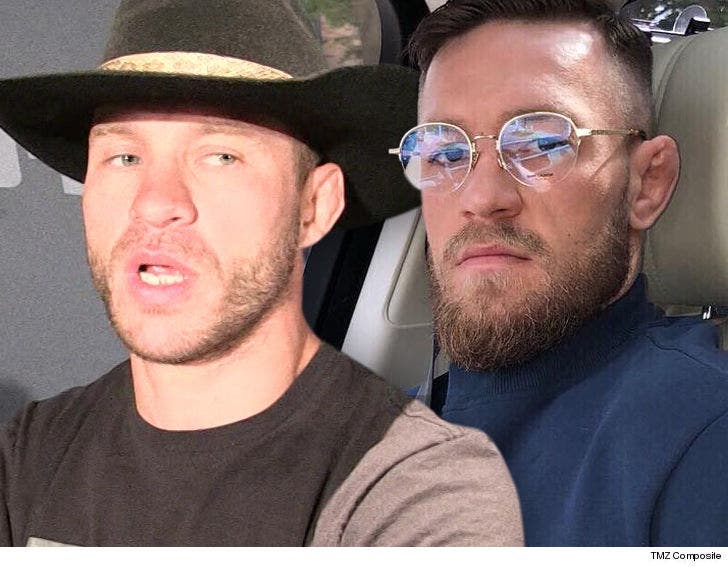 Donald "Cowboy" Cerrone is sick of waiting for Conor McGregor to ink a fight contract so they can brawl once and for all ... telling the Irishman, "Sack up, bitch. Sign the f*cking paper."

Cowboy pulled no punches during an interview with ESPN's Brett Okamoto ... saying he's "annoyed" that Conor teased the fight on social media, but now he won't make a deal.

Cerrone says he's been in talks with UFC about fighting McGregor since January as a co-main event in either April or July ... but Conor REFUSES to share the main event spotlight.

"Conor won't fight unless it's a main event," Cerrone said. "I don't know if it's an ego thing or a status thing for him. I don't give a sh*t. I'll fight anyone, anywhere, and I stand by that all the time. I guess he's a prima donna and only takes main event spots, I don't know."

Of course, McGregor was the one who really breathed life into a potential fight with Cowboy after he watched Cerrone beat up Alexander Hernandez at 'UFC Fight Night' in January ... tweeting to Cowboy:

"For a fight like that Donald, I’ll fight you. Congratulations."

So, what happened? Cowboy says Conor stopped negotiating and now it seems like the chances of the fight actually happening are getting worse by the day. 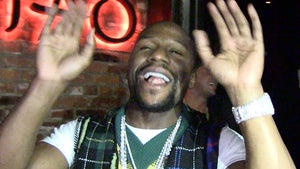 Floyd Mayweather to Conor McGregor, 'Everybody Wants a Rematch!' 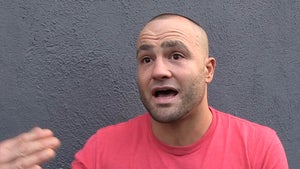