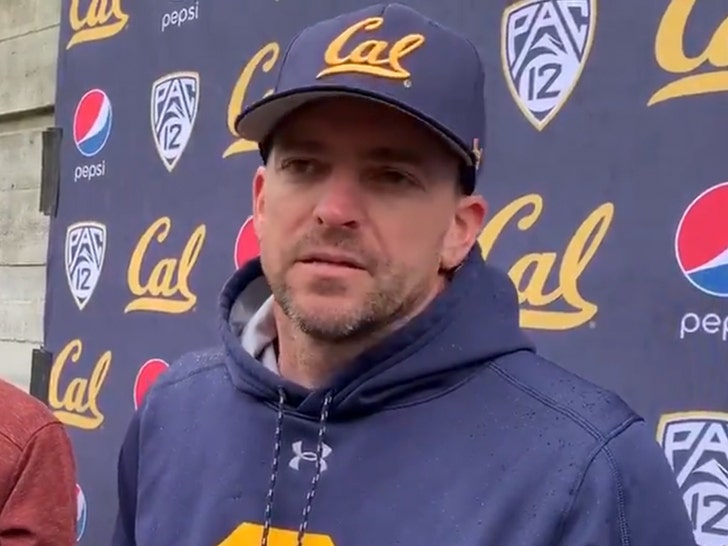 Cal football coach Justin Wilcox is throwing his full support behind a school investigation into claims that members of his team "ruthlessly" sexually harassed a student intern.

"We take these allegations extremely seriously," the coach told reporters Friday ... "It's not something that we would tolerate at our university or in our football program and it's something that is really tough to hear."

Paige Cornelius -- a former student at Cal -- claims she was "endlessly" and "ruthlessly" sexually harassed by members of the Golden Bears' squad during her time as a team intern.

Justin Wilcox spoke with reporters about sexual harassment allegations against Cal football coaches after practice today. Said, “We will fully support the investigation,” but mostly declined to answer questions pic.twitter.com/rI4apo3JbD

She even accuses one coach of sexually assaulting her, saying he forcibly touched and kissed her during an after-hours office visit.

It's all in a lengthy social media post penned by the ex-Cal student ... in which she claims Wilcox and athletic director Jim Knowlton did nothing even after she reached out with the allegations.

"Your mental and physical health do not matter when a revenue sport is involved. Shoutout to Jim Knowlton, Justin Wilcox, the Cal Athletics Administrative office for teaching me this lesson."

In her claims ... Cornelius says coaches and players would constantly make her feel uncomfortable on the field -- and in one incident, a coach told her during practice, "I will get you fired if you do not have sex with me.” 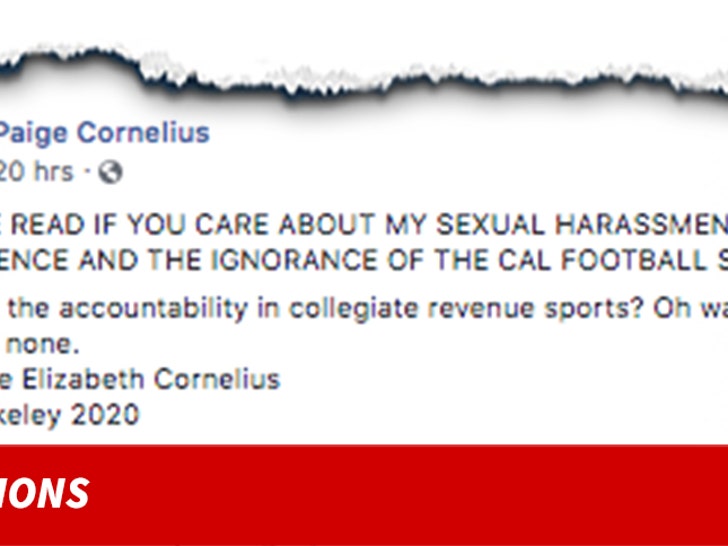 She also says one coach followed her home after a practice and told her at her front door she "would look amazing in a bikini."

Cornelius says as a result of her time with the team, she's now dealing with post-traumatic stress syndrome and anxiety and has medically withdrawn from the school.

It appears Paige is preparing to file a lawsuit against the program ... writing in a separate social media post, "If you have been sexually harassed by any cal athletics coach or player ... dm me."

"My legal team wants to have the best case possible."

For his part, Wilcox added at spring practice Friday, "We will fully support the investigation going forward. We are committed here at Cal football to providing an environment where people are protected and respected." 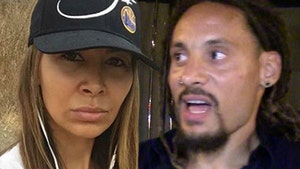