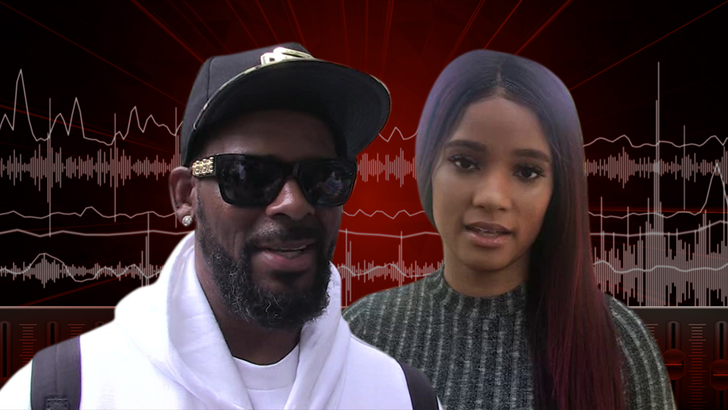 4:00 PM PT -- R. Kelly's rep, Darrell Johnson, says the meeting was only canceled because Joycelyn insisted on it going down in Chicago, while her family was demanding it happen someplace between Chicago and Atlanta.

Sources in Kelly's camp provided this audio recording of a phone conversation Johnson had 14 days ago with the Savage family's attorney, Gerald Griggs. Take a listen, it's pretty clear both sides were going to have trouble coming to any agreement.

For his part, Griggs tells us the Savages intended to acquiesce and meet Joycelyn in Chi town, but Johnson never got back to them after the phone call. Griggs says they didn't hear back from him until AFTER Johnson was grilled Friday by the Chicago reporter.

1:33 PM -- According to Griggs, R. Kelly's team reached out to the Savages to say they're no longer going to help coordinate a meeting. It's unclear why Kelly's team pulled a 180.

R. Kelly's team is having a hard time arranging a meeting between Joycelyn Savage and her parents ... because both sides can't agree on a location.

R. Kelly's rep, Darrell Johnson, tells TMZ ... Joycelyn is not opposed to meeting with her mom and dad, but she only wants to meet them in Chicago. We're told the Savage family wants to meet Joycelyn at her grandmother's home -- which is outside the Windy City -- because Grandma's battling cancer.

The Savages have made it clear from the beginning ... they want to meet in a neutral location outside of Chicago.

So, both sides remain at a standstill ... even though it's been two weeks since R. Kelly's team agreed to set up a meeting between Joycelyn and her fam.

The Savages' family attorney, Gerald Griggs, tells TMZ ... there's no planned meeting in place, and he can't force one to happen.

Earlier Friday, Kelly's publicist was asked about orchestrating a meeting between Joycelyn and her family ... but he dodged the question.

As we've reported ... whenever the meeting goes down, the Savages plan to bring a psychologist with them to evaluate their daughter.

Joycelyn is alleged to be one of Kelly's "sex slaves" and the Savages have been doing everything they can to set up a face-to-face meeting with her. 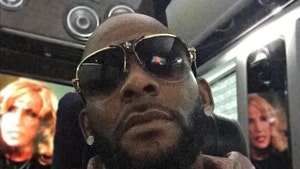