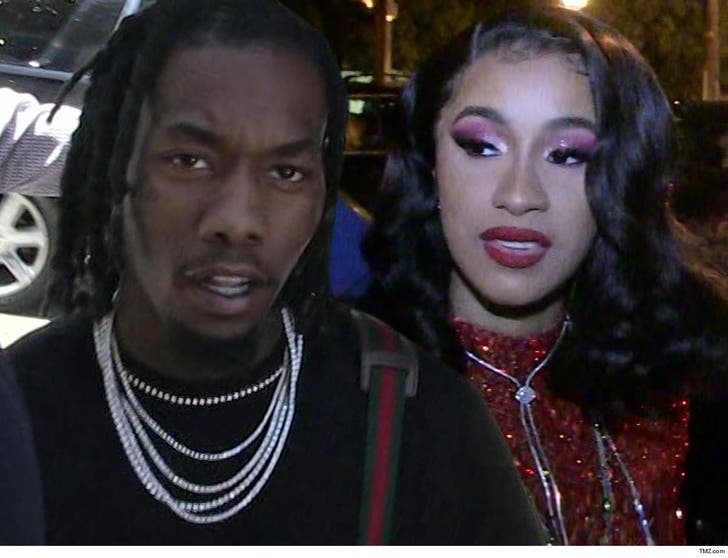 Offset's gonna have to pay up since he's ignoring the hell out of a lawsuit ... at least, according to the guy suing him after allegedly getting beaten up by his hired muscle.

You'll recall Giovanni Arnold sued the Migos rapper and Cardi B in May 2018 ... claiming their bodyguards violently assaulted him outside The Mark Hotel following a Met Gala after-party. As we reported ... Arnold tried getting Cardi's autograph but she told him to scram. Then the alleged beating went down.

Problem is ... Arnold says Offset's completely ignored the lawsuit ... so he's filed new docs, obtained by TMZ, asking the judge to enter a default judgment. Worth noting ... Arnold's only asking for the default against Offset. We checked ... and it appears Cardi's been responding to the suit.

Arnold said he suffered injuries to his face, neck, back and body. Cardi's team claimed he was super aggressive and obnoxious.