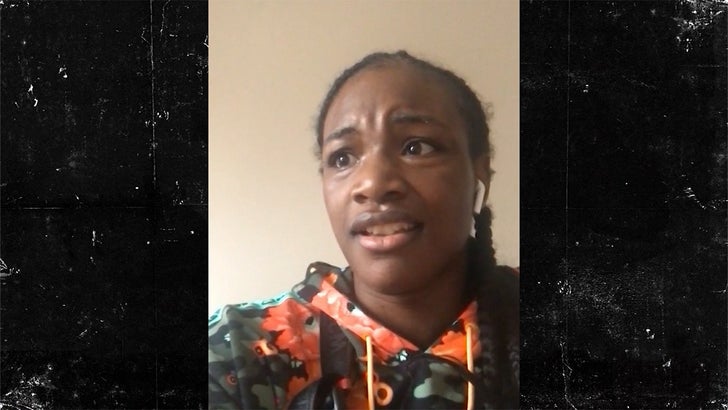 Boxing superstar Claressa Shields -- the undisputed middleweight champ -- says she's 100% confident she could beat male fighters ... and she's calling them out by name.

Shields was a BEAST in her title fight this weekend against then-undefeated Christina Hammer -- dominating every round en route to an obvious unanimous decision. It's clear Shields is on another level.

The 24-year-old sensation is now focused on a superfight with the other reigning undisputed female boxing champ, Cecilia Braekhus ... and hopes to set up a PPV fight in the near future.

The two fight at different weight classes but Shields says she's hoping they can meet at 154 pounds and battle it out to determine the greatest pound-for-pound fighter alive.

But, Sheilds doesn't just consider herself the best female fighter alive -- she thinks she's better than most MALE fighters too ... and she's willing to back it up.

"They may be stronger than me, but their boxing ability isn't like mine. GGG, he's older now, but I could give GGG a run for his money."

We asked if she could honestly hang with the brute strength and power of a male fighter -- and again, she wasn't worried.

"Power for power isn't a question because what is boxing? Boxing is the sweet science. It's not about strength ... because people were saying Christina Hammer was stronger than me. They were saying all these girls were stronger than me, but did you not see the head movement that I had during the fight? See the defense? The offense? The traps I set!?"

"If I were to get in there with a man, I would do a lot more of that. And, I do have some power. I'm not gonna say I'm stronger than them, but if I set up the right shots with the right timing?!?!"

Clearly, Shields ain't afraid of anybody. 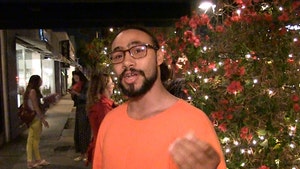 Keith Thurman Calls Out Manny Pacquiao, 'I Want That Fight' 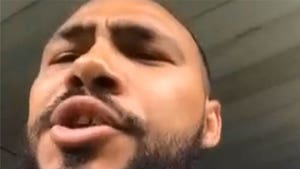