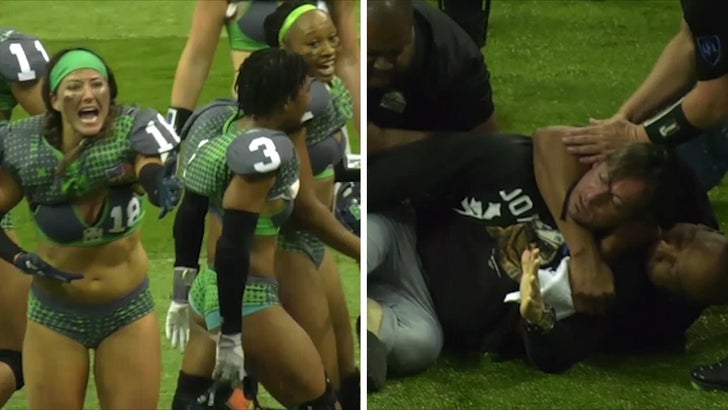 A Legends Football League fan learned the hard way to not storm the field this month ... 'cause a security guard straight-up choked him out for the offense!!!

It all went down on April 5 at Citizens Bank Arena in Ontario, Calif., when a couple fans got a little TOO into Seattle's win over the L.A. Temptation.

The guys bum-rushed the turf ... and when they were met by security guards -- the dudes didn't take it easy on them.

One of the guys was immediately put in a chokehold ... and ate a few elbows. The other dude didn't fare much better -- he was grounded and pounded on!!!!

Unclear if the guys faced charges afterward ... but, either way, we're pretty sure they were already hit with enough punishment for the crime!! 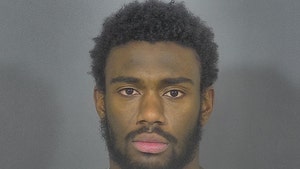