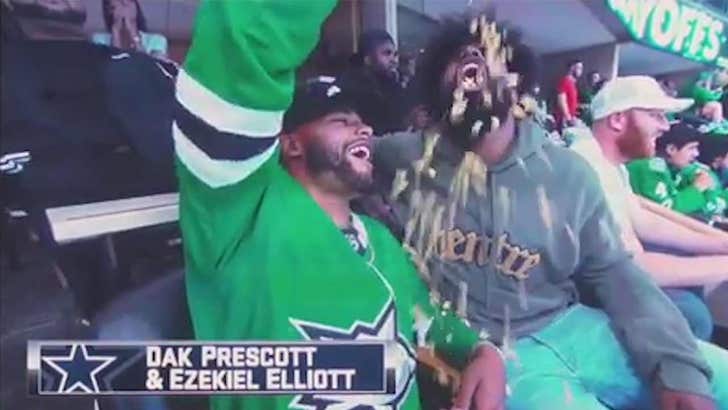 Teammates that go to hockey games together ... feed each other???

That's exactly what happened when Dak Prescott and Ezekiel Elliott hit up the Dallas Stars game Monday night ... 'cause the QB fed his running back a whole bucket of popcorn!!

It all went down in Dallas' playoff game against the Preds ... when cameras caught the two Cowboys stars taking in the action.

Zeke, of course, had to hit the jumbotron with his famous "Feed Me!" celebration ... so Dak obliged -- making an entire bucket of popcorn rain all over the RB's face!!

Seems the guys on the ice were motivated by the gesture ... 'cause the Stars finished off the series upset over Nashville, winning the game in overtime just a few minutes later.

You know what this means ... Tyler Seguin and Jamie Benn -- there's a bucket of popcorn waiting for you all at Jerry World in September!!