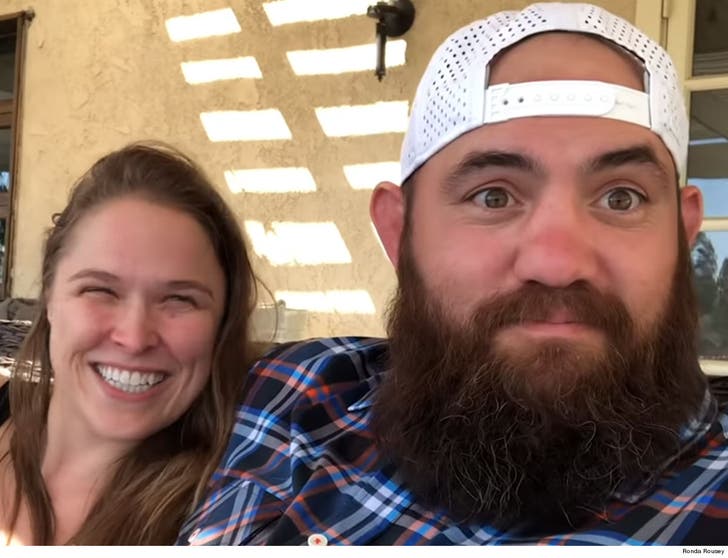 Ronda Rousey says her wrestling career is up in the air -- admitting she could quit WWE forever after having her baby ... but she hasn't made up her mind yet.

As we previously reported, Ronda is taking a hiatus from WWE to work on starting her family with husband Travis Browne. In other words, they're humping with a purpose these days.

The two just gave a video update on RondaRousey.com -- Travis says there have been multiple attempts to get Ronda pregnant ... and they might be pregnant right now. They don't know yet.

As for Ronda's future, she opened up during the video ...

"I could look down at this beautiful child and be like, ‘F*ck everything, I don’t care about anything else other than this baby.’ And, you’ll never see me again."

"Or, I could be like my mom, who she trained until she was 8 months pregnant and then won the U.S. Open [of judo] 6 weeks after giving birth. Which was unbelievable."

"I don’t think I’m going to try and aspire to her level. But, I’m just saying, you never know, I don’t want to make any promises about the future when I don’t know how I’m gonna feel in the future."

Translation -- Ronda isn't making any promises either way ... which should probably scare Vince McMahon and Triple H because she's become one of the biggest stars in wrestling.

In the meantime ... good luck with the baby making!