This is terrifying footage ...

A goalkeeper in a Bolivian soccer match was attacked by a fan who threw a firecracker from the stands during a match Sunday ... and the player was so frightened, he collapsed to the ground in fear.

The match took place at Estadio Hernando Siles in La Paz -- where a team called The Strongest took on the Jorge Wilstermann squad.

During the very end of the match, someone ran down close to the pitch and threw a firecracker at Strongest goalkeeper Daniel Vaca ... who covered his face and immediately fell to the ground.

Several players and even the ref rushed over to check on him. It doesn't appear Vaca was injured in the attack though he was taken to a nearby hospital for further examination.

Cops quickly responded and hunted for the suspect. However, there are conflicting reports about if the suspect was arrested.

Officials ended up calling the game early -- and the good news for Vaca, his team ended up winning the match in a 2-1 victory. 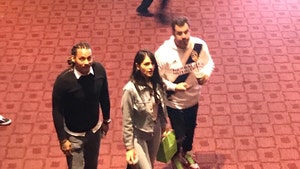 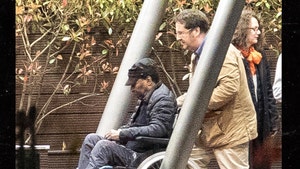