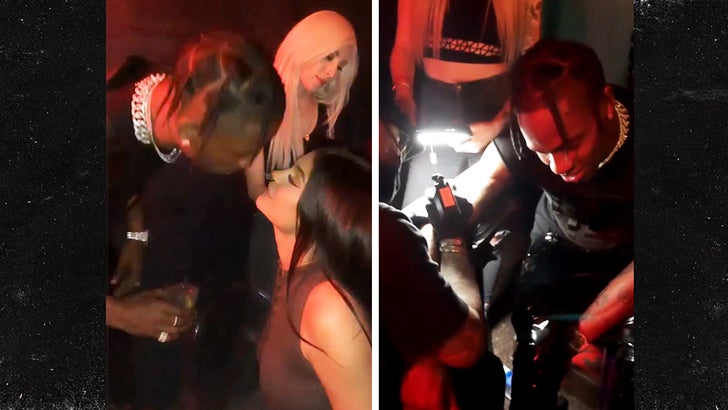 Even Travis Scott's birthday shindigs know how to get into SICKO MODE ... where else ya gonna find a party with a Hennessy Slurpee machine and tattoo station?!

The rapper celebrated turning 28 on Tuesday night at Universal Studios where Kylie Jenner hosted a gas station-themed birthday party. Kendall, Kim, Kanye and a bunch of others turned up ... as Travis looked in awe walking into a room decorated to look exactly like a gas station all about him.

The coolest part ... definitely the Hennessy Slurpee machine. There was also a Nike booth and Travis' Jordan 1s were hanging all over the party. Travis and Kylie were all lovey-dovey before and after inking their bodies. You gotta check out the vid ... it was truly an epic party. 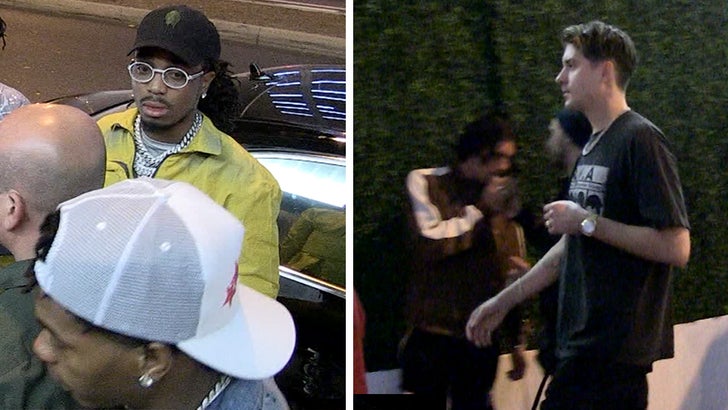 After the bash ... the crowd made their way over to Bootsy Bellows in WeHo where tons of other celebs came out. Quavo, 21 Savage, G-Eazy and NFL star Todd Gurley were among the attendees. 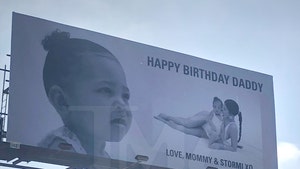 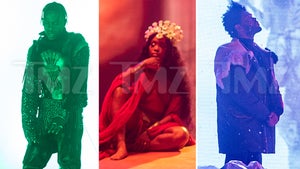