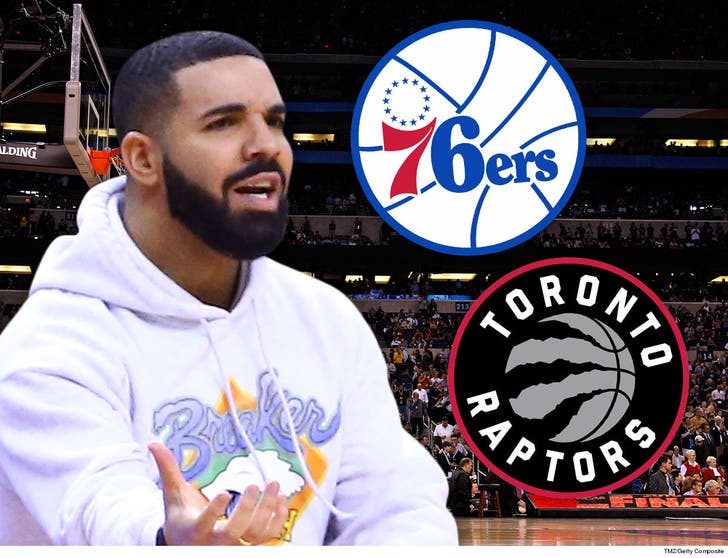 Drake harnessed the power of the "Drake Curse" on Sunday -- and used it as a WEAPON to help his Toronto Raptors beat the 76ers.

For some reason, the Canadian superstar wasn't able to attend Game 7 in Toronto -- so he watched the game with some pals instead.

But, when Kawhi Leonard hit that insane buzzer beater to sink Philadelphia in the 4th quarter -- Drake busted out his phone and aimed down ... showing he was wearing a pair of 76ers shorts the whole time.

He posted the whole thing on his Instagram story. Even though you can't see his face, you can hear his voice -- it's obviously him. 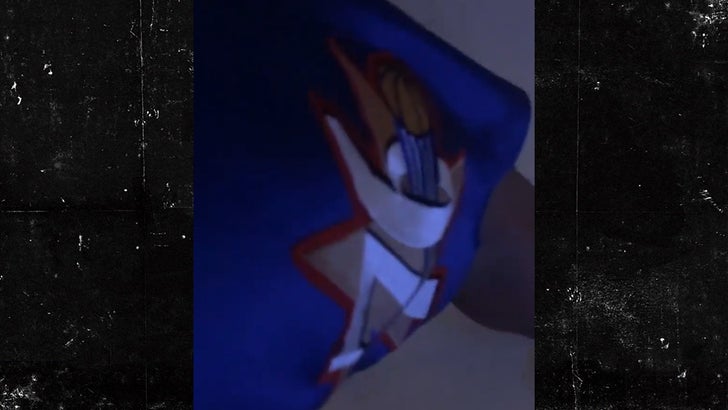 The Drake curse is legendary ... whatever team Drake has rooted for in a championship capacity has crapped the bed when it counts.

From Alabama to Kentucky to the Toronto Maple Leafs ... even Conor McGregor.

So, credit to Drake for acknowledging to curse and using his mystical powers to help his own squad.

One more thing ... Drake also posted a photo of Leonard during the buzzer beater -- and used it as an opportunity to diss Joel Embiid ... because he tagged the 76ers star, "SadPhillyBoy." 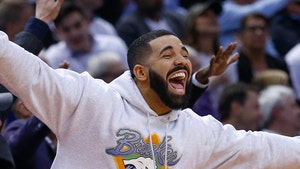 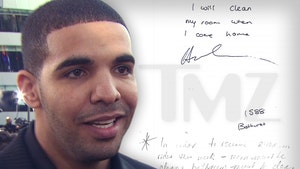