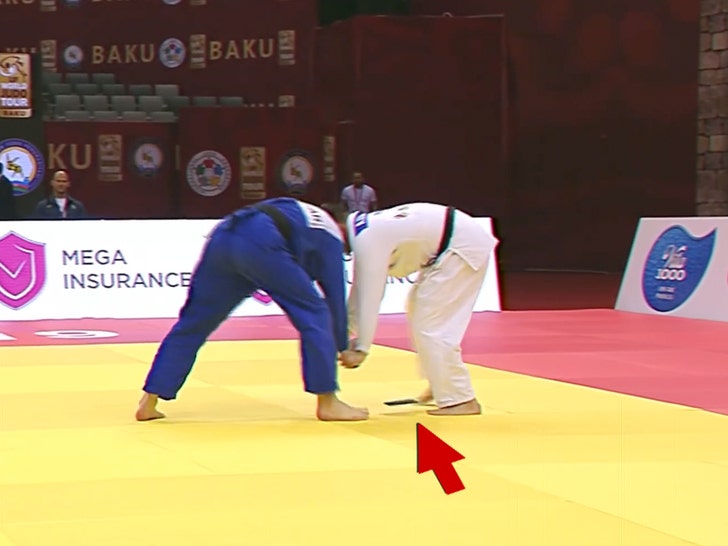 Good news, bad news for a Judo fighter who had his phone slip out of his pocket mid-match in a major competition last week ...

The Bad? Dude was disqualified immediately!!

The most egregious dropped call ever went down in the Baku Grand Slam in Azerbaijan ... where Portuguese judoka Anri Egutidze took on Sweden’s Robin Pacek.

As the two locked up in the beginning stages of the fight ... Egutidze bent over -- and his phone slipped right out of his gi.

The ensuing moments were about as awkward as a judo match has ever gotten -- 'cause Pacek picked up the phone, and Egutidze tried to play it off like it was no big deal.

But, the ref wasn't having any of it -- apparently, carrying a phone during a match is against the rules -- and he immediately DQ'd Egutidze.

Can ya hear me now?! 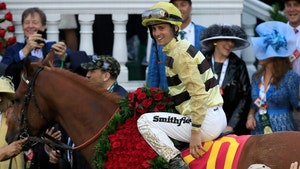 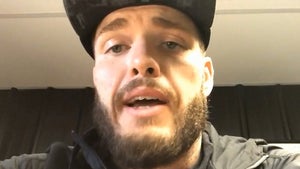