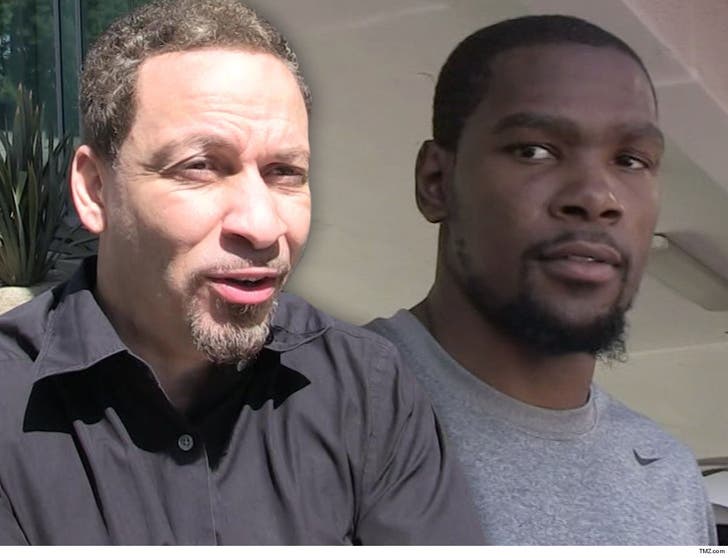 Chris Broussard just learned this lesson HARD, courtesy of comments he made about his relationship with NBA superstar Kevin Durant.

This all started when Chris went on FS1's 'Undisputed' and suggested the Warriors playing well in Durant's absence was a "nightmare" for KD ... prompting Durant to clap back on Twitter.

So, Broussard went back on FS1 and discussed his relationship with KD -- saying he and Durant "text" all the time about a variety of topics ... some good, some bad.

That prompted Durant to return to Twitter and let the world know he's NEVER texted with Broussard, and doesn't even have his phone number.

Well, no one according to Chris ... who just made a video saying he does talk to Durant often, but when he said "text" he was referring to DMs on Instagram and Twitter.

I won’t expose them out of respect 4 KD & others I text with.

I will continue to love, respect & pray for KD - & objectively analyze his game. pic.twitter.com/PBJwG67YKa

Just to help everyone out ... here's the hierarchy of communication so everyone can navigate these newfangled technology streets:

4. Comments (back and forth)

Everyone got it? Great. You're welcome.