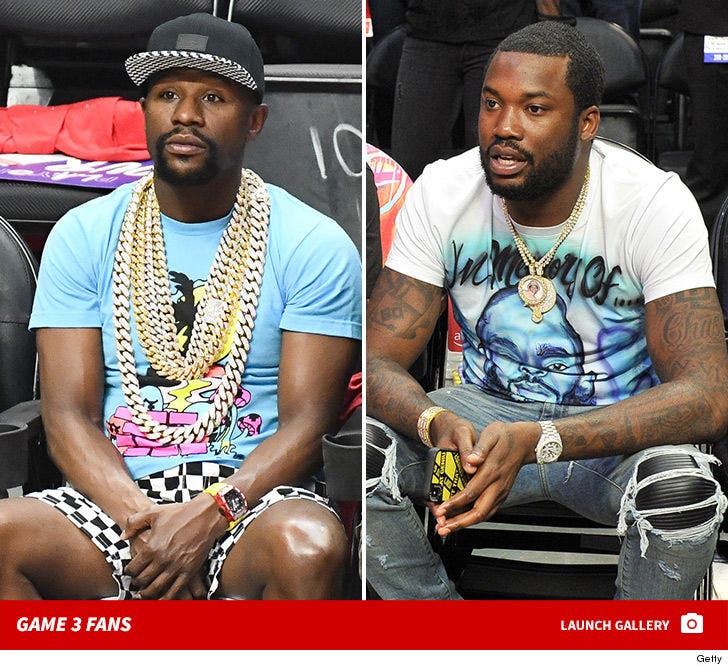 Floyd Mayweather gave his neck a workout at the Clippers vs. Warriors game at Staples Center on Thursday ... busting out 4 HUGE GOLD CHAINS to floss in front of a star-studded crowd.

Mayweather -- who paired his chains with some funky checkered shorts -- sat courtside to watch Steph Curry and Kevin Durant put the smackdown on L.A. in a 132 to 105 blowout in Game 3 of their NBA playoff series.

There were a TON of celebs at the game ... including Meek Mill, who wore a shirt honoring rapper Nipsey Hussle.

Terrell Owens was also in the building along with Billy Crystal, Scottie Pippen, John Calipari, Maverick Carter and more.

Game 4 is set for Sunday back at Staples Center -- a huge game for the Clippers if they have any hope of winning the series. 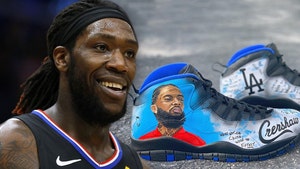