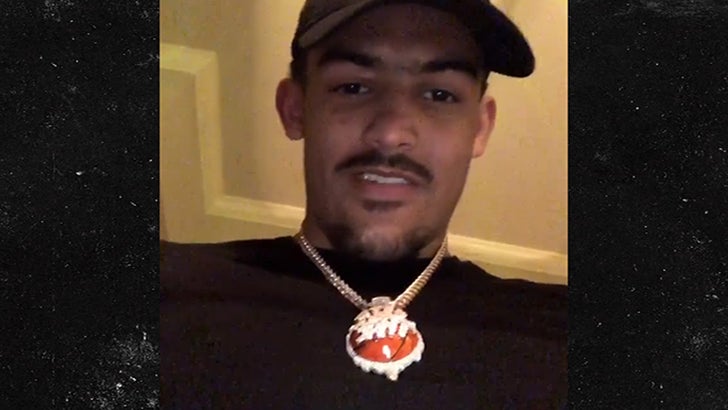 Here's the best Rookie of the Year trophy ever ... Quavo hooked up NBA star Trae Young with a custom diamond chain for his huge 1st season in the league -- and the bling is awesome!!!

"Welcome to the A," the rap star told Young as he presented the jewelry.

Trae killed it for the Atlanta Hawks this year ... averaging 19.1 points and 8.1 assists per game in 81 starts -- and to show his thanks, Migos' Atlanta superfan got him some ice.

The chain -- made by famous ATL jeweler Wafi -- is pretty epic ... it features a huge basketball pendant surrounded by dripping diamonds with the nickname "Ice Trae" on it. 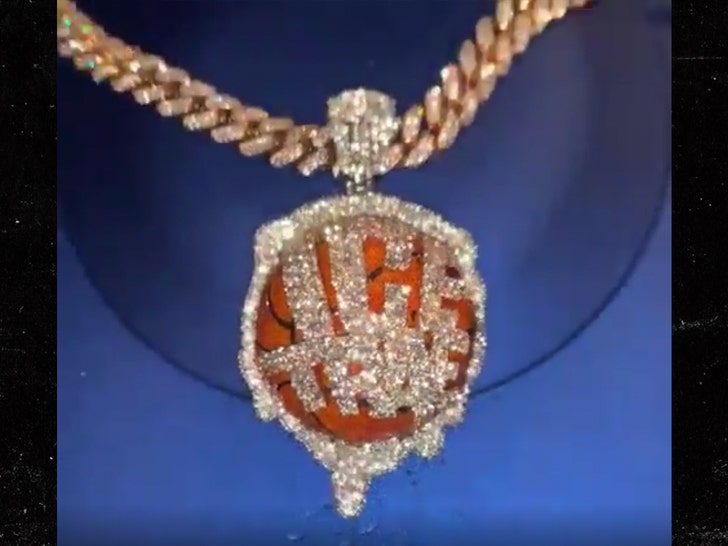 Of course, Trae ain't officially the NBA's Rookie of the Year ... the award won't be announced until the league has its end-of-season ceremony next month.

In fact, Trae ain't even the favorite to land the honor ... Dallas Mavericks PG Luka Doncic is expected to take home the hardware.

But not like Quavo cares ... saying, "Young Rookie of the Year in MY books!" 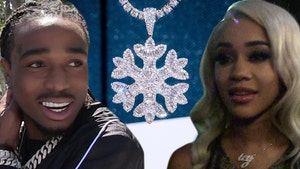 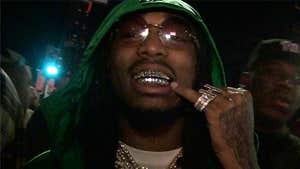