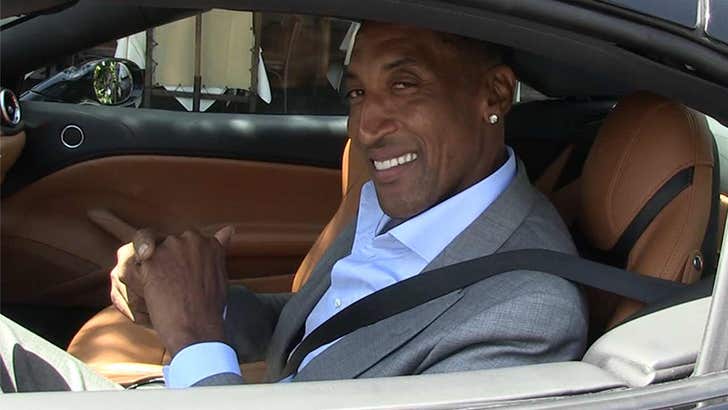 Scottie Pippen tells TMZ Sports he likes Doc Rivers' comparison between Kawhi Leonard and Michael Jordan ... but says there's another name that should be in the mix -- Kobe Bryant.

Earlier this week, Doc raved about the Toronto Raptors superstar while appearing on ESPN, saying Kawhi is "the most like Jordan that we've seen."

"There's a lot of great players," River said ... "LeBron is phenomenal, KD is phenomenal. Not that [Leonard] is Jordan or anything like that, but he's the most like him."

Doc Rivers has some high praise for Kawhi Leonard. pic.twitter.com/i1R2gR1VrT

"Big hands, post-game, can finish. Great leaper, great defender, in-between game. If you beat him to the spot he bumps you off, and then you add his three-point shooting."

So, who better to weigh in than MJ's Chicago running mate? Who BTW, was leaving Il Pastaio in Beverly Hills in his sick Ferrari.

Ya gotta watch the clip ... at first, Scottie agrees with Doc's assessment but then brings up Kobe -- and ultimately can't make a decision about which one is closer to #23.

And, with the Golden State Warriors now entering their 5th straight NBA Finals -- with a possible 3-peat in the works -- we asked Scottie if he still thinks his '95-96 Bulls squad is still the best team ever. 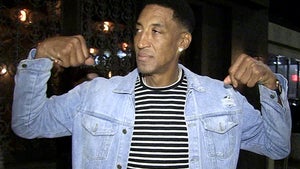 Scottie Pippen Warns SEC Hoops, My Son's Going To Bring It At Vanderbilt!