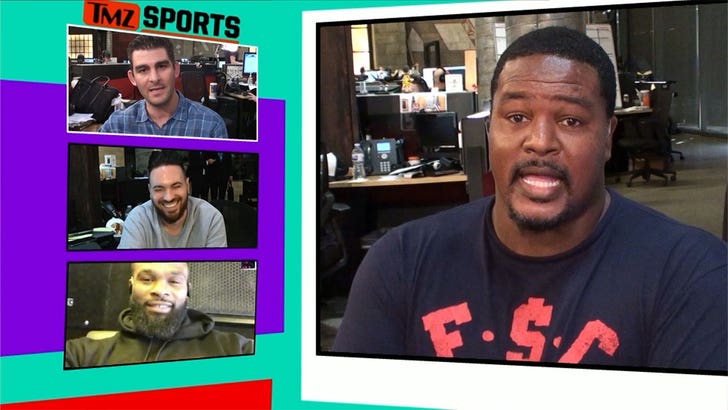 Can size and strength overcome decades of hardcore MMA training if a UFC fighter and an NFL lineman threw down in a real life street fight?!

It's a debate we've been having in the office for months ... so we brought in 2 guys who would know a little something about it to hash it out on the "TMZ Sports" TV show.

Tyron Woodley is 5'9" and fights at 170 pounds -- and is considered one of the greatest UFC welterweight champs of all time.

So, who wins if they fight in the street???

"Somebody's gotta get the business," Woodley said ... "I can't be on the receiving end!"

You gotta listen to the two superstars go back and forth and state their cases about why they would emerge victorious ... it's actually really interesting.

But, the bottom line here ... DON'T FIGHT WITH EITHER ONE OF THESE GUYS IF YOU VALUE YOUR LIFE!!! 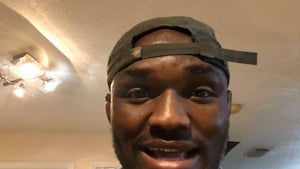