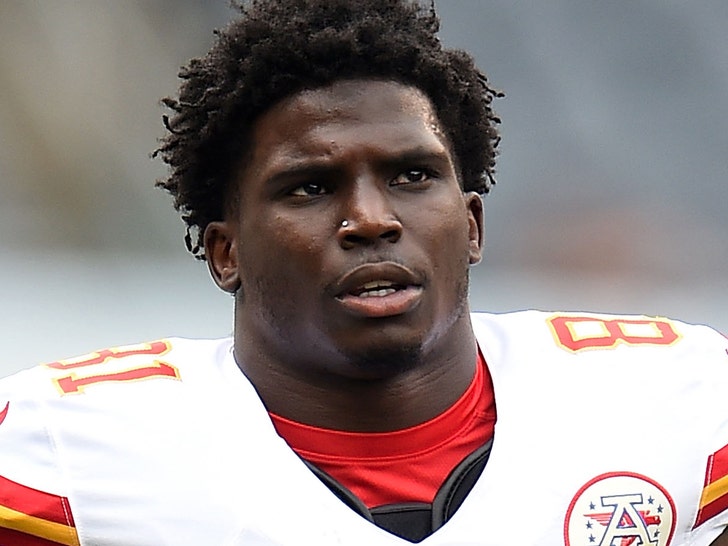 8:31 AM PT -- Tyreek Hill just issued a statement on the situation ... stating the allegations against him are false -- and praising the NFL for its decision.

"The last few months have been very difficult for me, especially as a father. The false allegations originally reported in March were highly publicized and involved the care of my son. I am grateful for so many things and grateful for so many people who have supported me during this challenging time. I fully respect and accept the NFL's decision."

Hill added, "To the fans, friends, and family that I have made in Kansas City: I love you and thank you for your continued support."

"To the NFL, Commissioner Goodell and everyone who assisted in this investigation: thank you for your time and for conducting a thorough investigation. I will not let you down."

"I can assure you that I will continue to work to be the person, player, and teammate that you envisioned me to be."

Kansas City Chiefs star Tyreek Hill will NOT be suspended by the NFL over allegations he physically abused his 3-year-old son ... the NFL said in a statement.

Long story short ... the NFL says it conducted a thorough investigation but ultimately could not reach a definitive conclusion that Hill beat up his kid.

"Over the past four months, we have conducted a comprehensive investigation of allegations regarding Kansas City Chiefs wide receiver Tyreek Hill," the NFL said.

The K.C. Chiefs star was suspended from all team activities back in April after disturbing audio surfaced featuring the NFL star arguing with his girlfriend, Crystal Espinal.

During the argument, Espinal accuses Hill of breaking their 3-year-old son's arm and claims the kid is "terrified" of the NFL star ... to which Hill responds, "You need to be terrified of me too, b*tch."

Hill denied all wrongdoing -- and in a later piece of audio that went public, Tyreek can be heard denying a 2014 attack on a then-pregnant Espinal ... saying, "Did I hit you? Tell me the truth in my eyes right now. Look at me."

NFL reporter Albert Breer says league officials were NOT able to interview Espinal for their investigation despite multiple attempts.

The NFL says they were careful not to interfere with the investigation being conducted by law enforcement officials ... but they also admit they simply did not get access to ALL of the information in the case.

"The information developed in the court proceeding is confidential and has not been shared with us, and the court has sealed all law enforcement records," the NFL said.

"Local law enforcement authorities have publicly advised that the available evidence does not permit them to determine who caused the child's injuries. "

"Similarly, based on the evidence presently available, the NFL cannot conclude that Mr. Hill violated the Personal Conduct Policy."

Now, Hill -- who had been suspended from team activities pending the investigation -- has been cleared to return to the Chiefs.

"He may attend Kansas City's training camp and participate in all club activities."

The league says Hill will "continue to be subject to conditions set forth by the District Court, Commissioner Goodell, and the Chiefs, which include clinical evaluation and therapeutic intervention."

The league is also leaving the door open when it comes to the case -- saying, if further information becomes available through law enforcement, the pending court proceeding, or other sources, we will promptly consider it and take all appropriate steps at that time."

The Chiefs released a statement on the NFL's decision ... saying "the club fully supports the conditions for return laid out by the league and will continue to monitor any new developments in the case."

"We are glad to welcome Tyreek back to the team and look forward to the start of training camp next week." 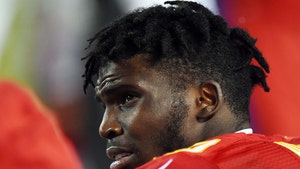