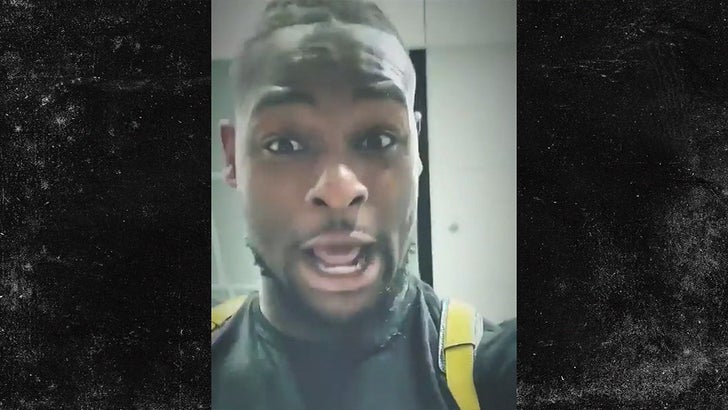 How fed up is Le'Veon Bell over hearing he cares more about his rap career than his football one?

"Real sh*t, bro, I'm tired of social media sh*t. I'm tired of everybody telling me, 'Le'Veon, you not focused. He only want to make music. He want to play basketball. He do everything besides play football.'"

Yeah, that fed up.

It's all part of an epic airport rant the NY Jets star went on this weekend when he finally hit his breaking point over fans commenting on his social media postings.

Bell blasted everyone telling him he should do more work on the football field ... and his examples for why included the local Target worker, LeBron James and Beyonce.

"Somebody work at Target, do you think when they work from 9-5, they go home and all they doing is worrying about putting fucking shit on the shelves?! They trying to worry about what serial numbers coming up?! No!"

Bell added, "You think Bron is waking up, oh, he ain't having no Taco Tuesdays? Bron don't have Taco Tuesdays -- you think he's hooping all day?"

Of course, 27-year-old Bell has taken major heat from fans after sitting out all of last year's football season while simultaneously working on his rap career.

Clearly, the dude has had enough of the criticism ... 'cause he decided to start RUNNING down the stairs at the airport to prove his point!

"I'm going to give you all this one time. Run down these damn steps." 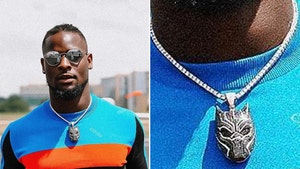 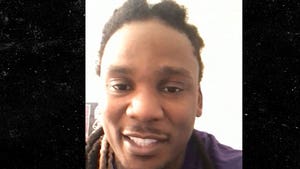