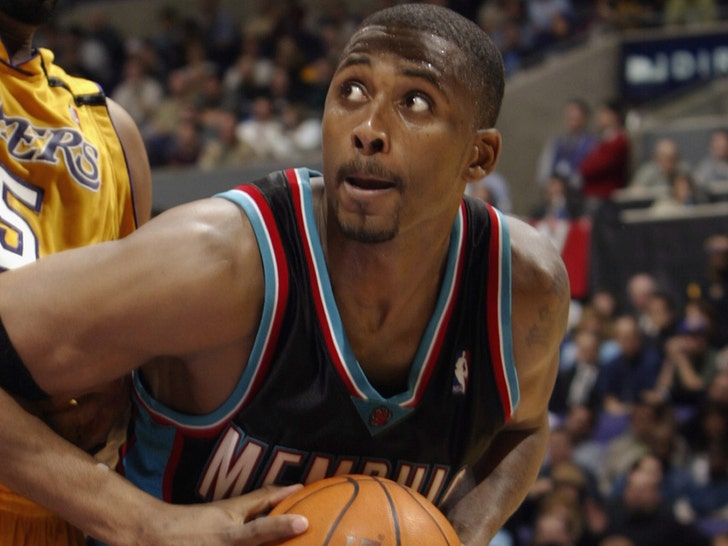 Lorenzen Wright's ex-wife has pled GUILTY to facilitating the murder of the former NBA player -- and she'll be locked away for at least 9 years.

Officials say his body was riddled with bullet wounds.

But, officials say Sherra called the shots in a diabolical murder plot. Sherra initially planned to kill Lorenzen at his Atlanta home but when that plan failed, she conspired with Turner to murder him in Tennessee instead, prosecutors say.

Both Wright and Turner were charged with 1st-degree murder among other charges and she was facing up to 100 years behind bars.

But, Sherra cut a deal with prosecutors in which she agreed to plead guilty to facilitation of murder and facilitation to commit attempted 1st-degree murder.

In exchange for her plea, Sherra got 30 years in prison ... but will be eligible for parole after 9.

Outside court Thursday, Sherra's attorney told reporters she had planned to argue that Lorenzen was a violent man who beat her for years and she was pushed to the edge.

However, Lorenzen's family members have accused Sherra of offing the basketball player in hopes of collecting a $1 million life insurance policy.

Wright played in the NBA from 1996 to 2009 ... most famously playing for the Clippers, Memphis Grizzlies and Cleveland Cavaliers.

He was only 34 at the time of his death.