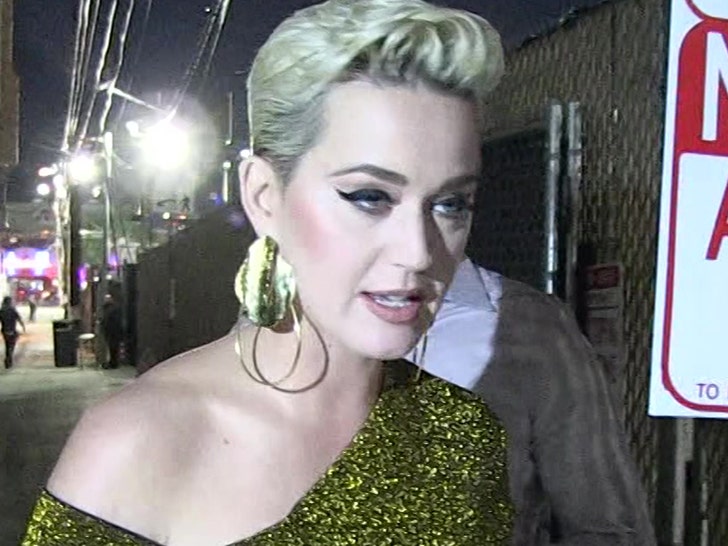 Six other producers were ordered to pay anywhere from $29k to $253k.

Katy Perry's "Dark Horse" is going to cost her a lot of green, but her record label is paying twice as much for ripping off the tune.

The federal jury in L.A. just dished out the damages, and the pop singer will have to pay $550k to Christian rapper Flame. He sued Katy, Dr. Luke and 7 other songwriters on "Dark Horse" for jacking his tune, "Joyful Noise." Capitol Records was also a defendant, and the jury ordered it to pay the lion's share ... $1.2 million.

In all, Flame will get a total of $2.7 million from all the defendants. The jury said his song was responsible for 22.5 percent of the "Dark Horse" profits.

His Grammy-nominated gospel track came out in 2008 ... 6 years before KP dropped "Dark Horse."

The jury's decision on hefty damages came after hearing 2 full days of testimony about how much Perry's megahit and the album it was on, "Prism," have earned since release. Katy's cut, to date, has been $3.2 mil ... while Capitol Records earned $31 million.

Of course, the same jury returned a unanimous verdict that Perry and her co-defendants improperly copied the Christian rap track -- specifically by jacking its continually repeated musical rhythm.

“Our clients filed this lawsuit five years ago seeking justice and fair compensation for the unauthorized copying of their music. It has been a long and arduous path, but they are quite pleased to have received the justice they sought,” Flame's lawyer, Lauren R. Cohen, said.

As we reported ... Flame's music label uploaded a "Joyful Noise" vid on YouTube in 2008, and it's racked up millions of views over the years.

In his lawsuit, first filed way back in 2014, Flame claimed Perry stole the underlying beat and riff in the middle of "Joyful Noise" for "Dark Horse." He also said it destroyed his reputation in Christian music because he became associated with the anti-Christian imagery present in her music vid.

Perry called BS on the 2 tracks having any meaningful similarities, and during her jury testimony earlier this month she claimed she'd never even heard Flame's song before he filed the lawsuit.

Katy told the jury she first heard the beats from Dr. Luke while they were hanging out in Santa Barbara and claimed she wrote "Dark Horse" in only 4 hours.

However, Flame's legal team was able to convince the jury that his song was popular and prevalent enough to have been heard and ripped off ... and that's exactly what Perry and her team did.

By the way ... the "Dark Horse" music video currently has 2.6 BILLION YouTube views. Gotta wonder if it was worth it.