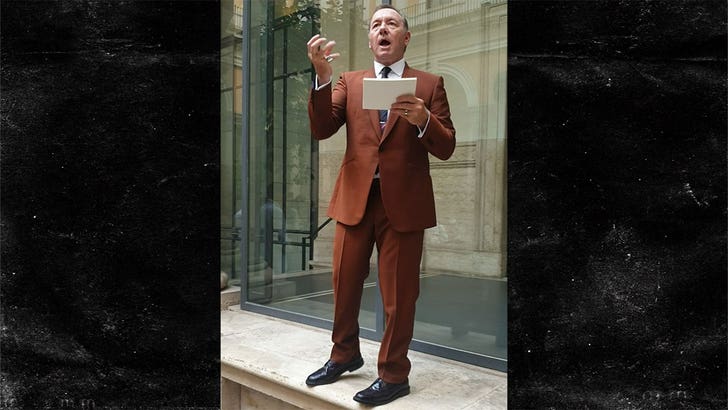 Kevin Spacey is returning to the arts -- a couple of 'em, actually -- with a pop-up performance at a Rome museum where he's reciting some poetry ... that apparently speaks to him.

The actor threw on a brown suit Friday and waltzed into Palazzo Massimo. He set up shop in front of the famous sculpture of the "Boxer at Rest" and read the Italian poem, "The Boxer."

A crowd gathered as Kevin recited the elegant words of Italian poet Gabriele Tinti -- in English, though -- and it seems like his Massachusetts criminal case, and other sexual misconduct allegations, might have influenced his poetry choice.

The poem's about a beaten and tired boxer who is determined not to give in or give up. One passage reads ... "The more you're wounded, the greater you are. And the more empty you are."

As we first reported ... Kevin scored a huge victory a couple weeks ago when prosecutors dropped the case where a then-18-year-old male accused Spacey of groping him in a Nantucket bar.

We've seen this kind of display from Spacey before ... when the groping accusations first surfaced on Christmas Eve, he posted a bizarre video urging people not to rush to judgment, hopping into character as his old "House of Cards" character, Frank Underwood, to deliver the message.

No word if Kevin brought pizza again ... but he's in the right place to find a good slice. 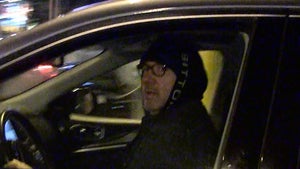