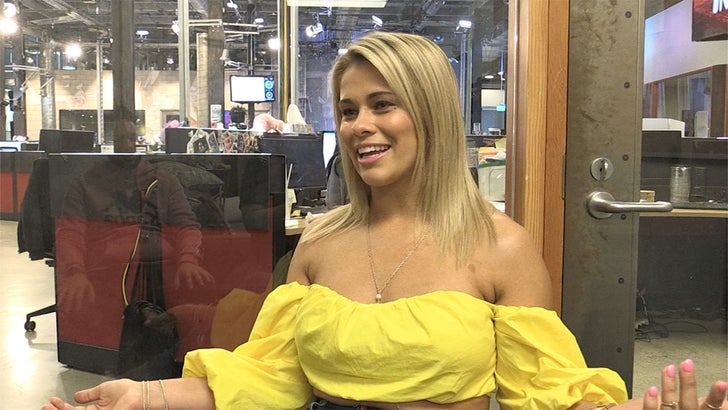 UFC star Paige VanZant tells TMZ Sports she is officially BACK after multiple surgeries on her broken arm ... saying she's been cleared to start training again.

PVZ stopped by the office to break the great news ... telling us after that 2 arm breaks and 3 surgeries since January 2018, she finally got the green light to get back in the Octagon.

It's been a tough time for Paige .. who initially suffered the injury against Jessica Rose-Clark at Fight Night 124.

Paige tells us she's gunning to take her next fight before 2020 hits ... but doesn't have any particular opponents in mind.

VanZant -- who has 12 career fights -- tells us she wants to keep fighting for years to come ... saying she won't consider herself a "professional fighter" until she has 20 fights under her belt.

That's important 'cause she has a lot of opportunities outside the Octagon ... she's already been in the S.I. Swimsuit Issue and on "Dancing With The Stars."

But, enough business talk ... we know there's a lot of folks out there who wanna see a TMZ staffer get choked out ... and luckily, we got our in-house crash test dummy, Lucas, willing to step up for the task.

Way to take one for the team, Lucas. Real team player (and human tap machine).