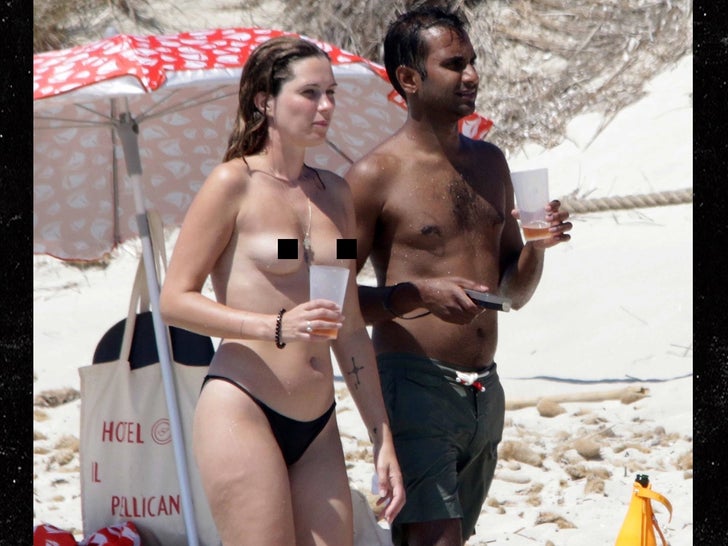 Aziz Ansari is in much calmer waters now when it comes to the dating scene -- and he and his GF are partaking in one of the finest parts of European culture ... topless beaches!

The comedian was on the Spanish island of Formentera Sunday with his girlfriend, Serena Campbell ... they've reportedly been dating for at least a year now. Serena started out in a two-piece, but quickly ditched the upper half as they headed for the ocean.

Worth noting, Serena's from Denmark -- so this topless thing is nothing new for her.

One of the first times Aziz and Serena were spotted out in public was in 2018 when they showed up together at the U.S. Open tennis championship in NYC.

He's also made reference to her in his latest stand-up special, "Right Now," which is currently airing on Netflix. He joked that people still have something to say about him being in an interracial relationship -- whether it's blatant racism, or fake woke-ness.

One thing's for sure -- Aziz being tied down should certainly help with keeping him out of the headlines over his 2017 #MeToo moment, which many people feel was unwarranted, anyway.

Showing off the new bae -- always a great way to turn the page. 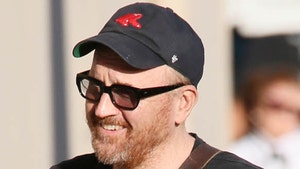 Louis C.K. Gets Huge Applause During Return to Comedy Cellar 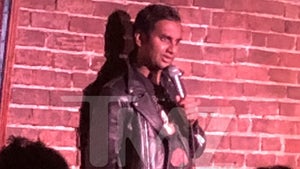