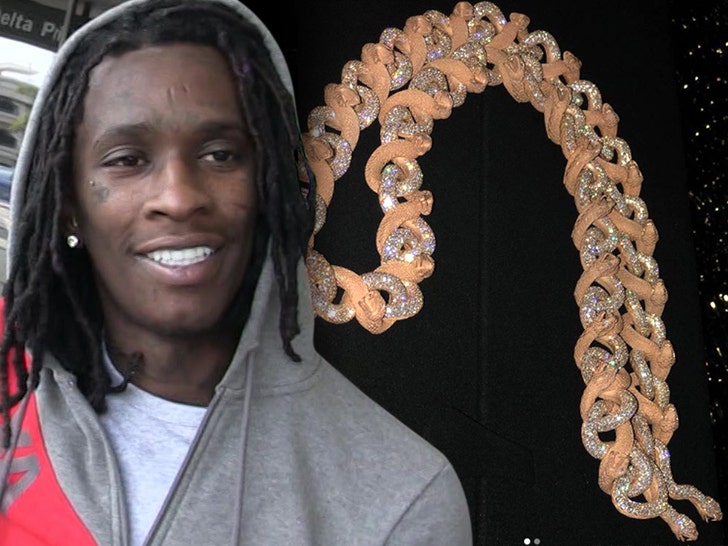 Young Thug's got a fascinating obsession with slithery creatures ... especially if they're shiny, 2-headed and cost more than your average house in the heartland.

The 'Slime' rapper is flossin' some new bling worth a whopping $250,000!!! It's a 2-headed snake chain made of 18k rose gold and features over 90cts of diamonds. The whole piece weighs more than 2 pounds!!! 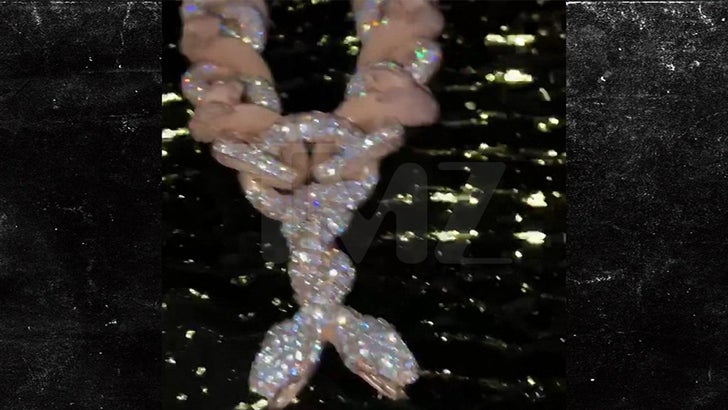 Celebrity jeweler Eliantte is the artist who created the masterpiece and the detail is pretty incredible. It's got lifelike scales and both heads look ready to strike any haters.

We're told YT had the chain delivered to him last week while he celebrated 2 huge milestones ... his 28th birthday and the release of his new album, "So Much Fun." 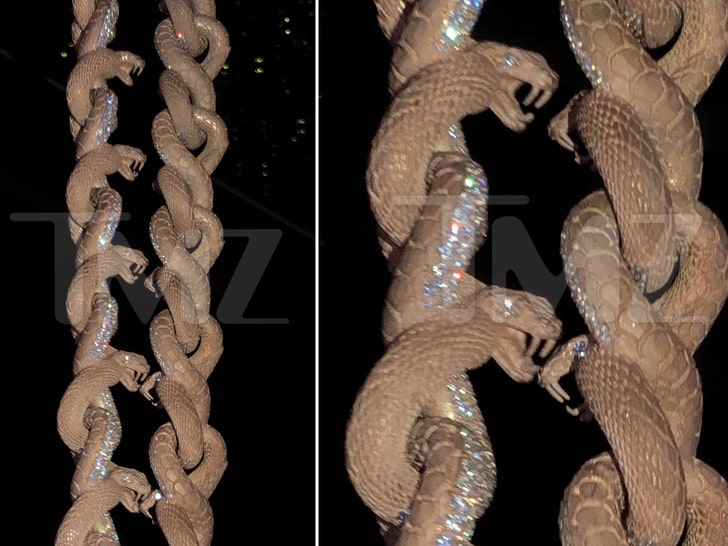 In 2017, the rapper used a snake crawling out of a skull for his and Future's "Super Slimey" mixtape cover art. The following year, he sent live snakes in glass tanks to media outlets as a promotion for his "Slime Language" record -- and don't forget he has a snake eating a live mouse in the opening scene of his "Scoliosis" music vid.

All of which are way cheaper than dropping $250k on a chain, but clearly Young Thug's got that kinda chain cheddar ... fang you very much. 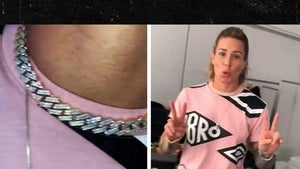