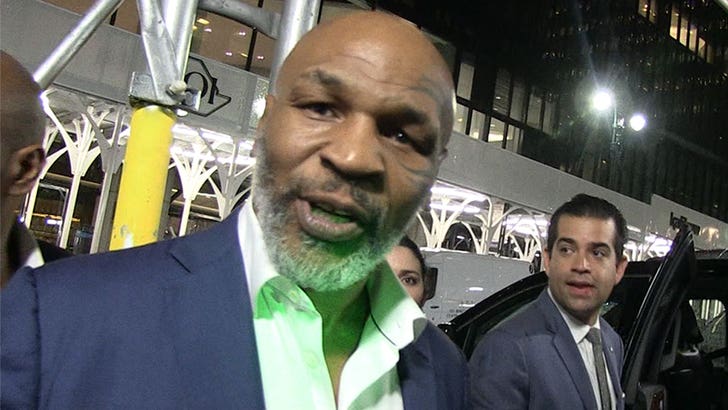 Mike Tyson says Conor McGregor is a "wonderful person" who's earned a shot at redemption with the public ... telling TMZ Sports, "He's a really kind man."

The boxing legend was leaving Cipriani in NYC on Thursday -- around the same time Conor was finally addressing his pub attack on ESPN ... when Iron Mike explained why Conor should be able to bounce back from his latest scandal.

"He's a wonderful person. He's a really kind man and he's gonna get good karma for that," Tyson said ... "I believe that."

Tyson also told us he thinks Conor has "earned" a 2nd chance for his actions.

Iron Mike and the Notorious aren't just friends -- they smoked weed together in late 2018 ... with Conor praising Mike on social media.

Some giggle off that Cherry Pick Kush 😂 pic.twitter.com/ZXh8TR8IU9

"I will always have the height of respect for you," Conor said after they kicked it together in Ireland ... "I love you Mike! Iron Mike Tyson!"

Of course, Conor essentially begged for forgiveness from his fans during an interview with ESPN's Ariel Helwani ... claiming he's trying to change for the better after several violent incidents.

He even owned up to acting like a jerk in an Ireland bar back in April -- admitting he was in the wrong for punching a 50-year-old man in the face.

As for Tyson, we also asked about the DOUBTERS who say Mike's claim about smoking $40k in weed per month is wrong. Tyson had a comment for them too ... 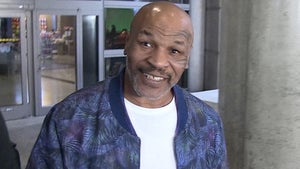 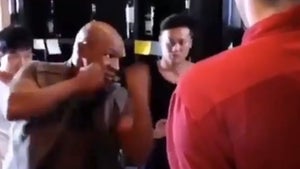