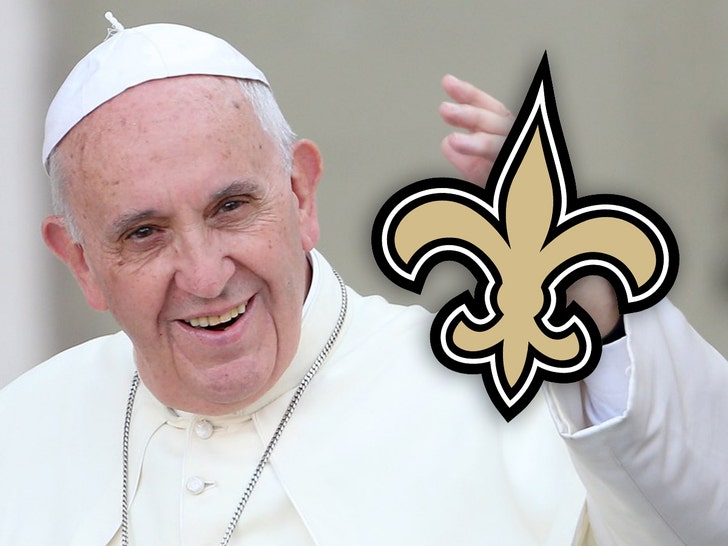 2:45 PM PT -- The Saints would like to give thanks where thanks is due -- they just gave Pope Francis a plug for sending them good vibes and prayers ahead of the game.

The official Saints Twitter account tweeted after the game -- which they won 13-6, BTW -- with a cheeky shout out, saying ... "Couldn't lose after this. #Blessed and highly favored."

The Catholic Church has blessed the New Orleans Saints ... or so it would seem by what the pontiff himself wrote hours before their game this weekend.

Pope Francis tweeted out a strange message in the wee hours of Sunday, which appeared to be a vote of confidence for Teddy Bridgewater and co. as they were set to face the Jaguars in Jacksonville. It was actually an honest mistake ... but a hilarious one nonetheless.

Today we give thanks to the Lord for our new #Saints. They walked by faith and now we invoke their intercession.

The big hatted one wrote, "Today we give thanks to the Lord for our new #Saints. They walked by faith and now we invoke their intercession."

By writing in the hashtag, Francis actually invoked the Saints logo too ... and didn't seem to realize it. In all likelihood, PF was probably referring to the five new saints that had just been indoctrinated into the church ... and not NOLA's pride and joy.

The Hail Mary doesn't generally work in football, so I don't see why advice from the Pope would.

The Who Dat? crowd was quick to notice though -- and seemed pretty down to receive the holy sacrament of papal support ... self-deprecating as their jokes might've been.

More importantly ... the Saints themselves seem to have taken notice -- or at least one of their players did, anyway. Linebacker Alex Anzalone tweeted out his surprise by the Pope's sudden backing. He wrote, "Wow, are we blessed or what?!??"

Time will tell if Francis' shout out will help 'em in the end ... the Saints are up 6-3 right now in the 3rd quarter. And, some interceptions have already gone in their favor. 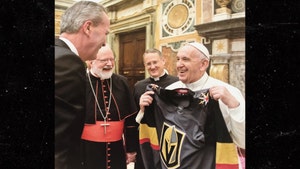