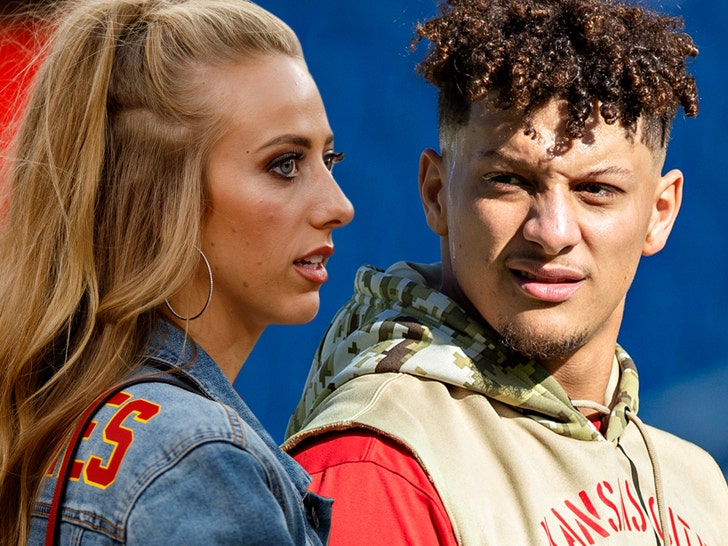 "This place is horrible."

That's Patrick Mahomes' girlfriend ... who says Patriots fans treated her like such crap at Gillette Stadium on Sunday, security had to physically move her to a "safe place."

Brittany Matthews and Patrick's younger brother, Jackson Mahomes, are regulars at Chiefs games -- but Brit claims their experience in New England was one of her worst ever.

Early in the Chiefs-Pats matchup, Matthews said, "As soon as we sit down, drunk dude 'hey everyone this is patrick mahomes girl and brother, let’s give them sh*t' This shall be fun."

Later, she said things got even more aggressive ... with fans yelling at her for standing and cheering on her MVP quarterback boyfriend.

"This place is horrible, people already yelling every time I stand up, am I not aloud to stand up for football game?" 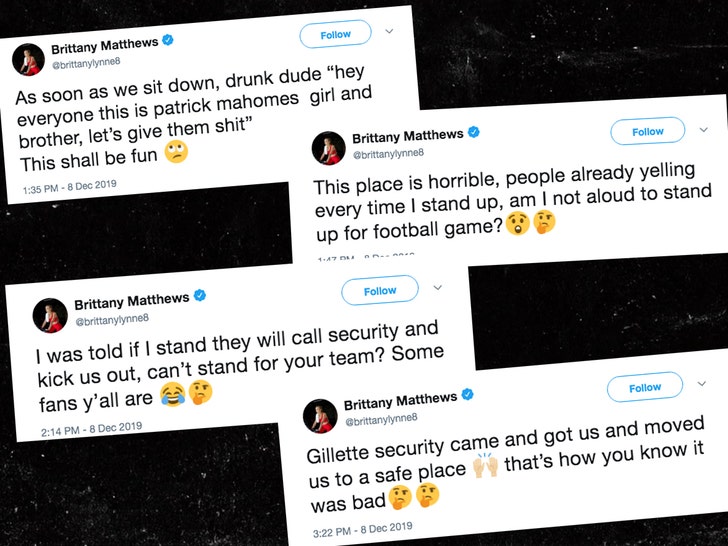 Eventually, Matthews claims things got so bad with New England fans around her ... security had to move her and Mahomes' brother to another part of the stadium.

"Gillette security came and got us and moved us to a safe place," Matthews said ... "That’s how you know it was bad."

Good news for all? Matthews didn't seem too fazed by the alleged incidents ... she was seen smiling and kissing Patrick after the big 23-16 win. 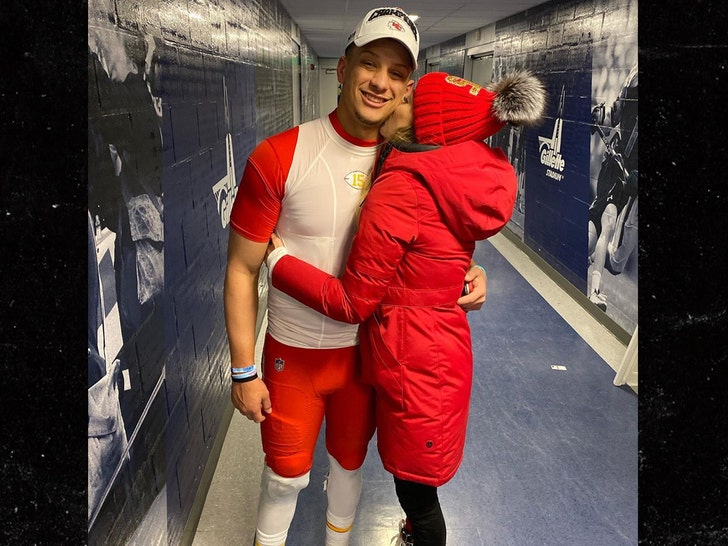 "Everyone was sleeping on us, so we woke em up," Brittany said.

She later added some shade toward Patriots fans on Monday, writing on her Twitter, "All patriots fans 'we still have 6 Super Bowls' Lololol"

"Once patrick has been in the league as long as Brady, then chat to me about Super Bowls! Patrick is 24, brady is 42 you just wait." 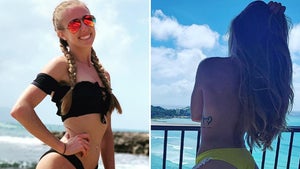 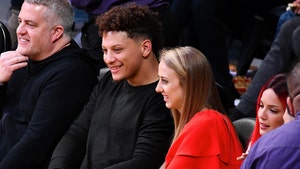 Patrick Mahomes Courtside for Lakers Win, Gets Shout-Out From LeBron!