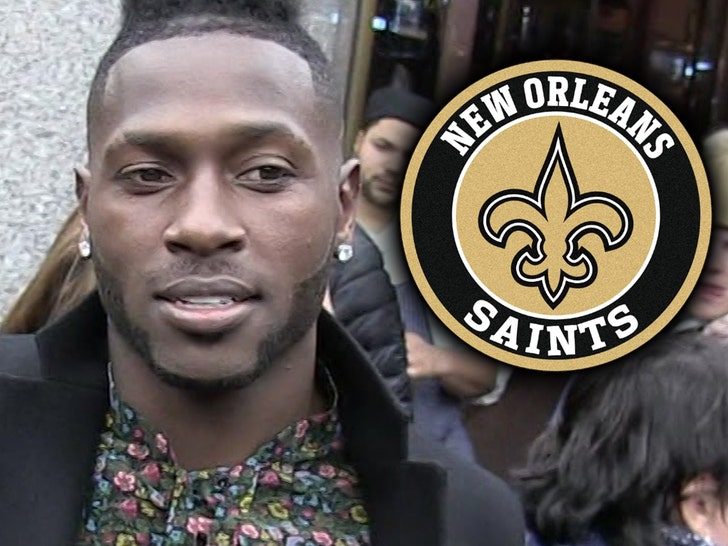 12:52 PM PT -- Sean Payton addressed AB's workout ... saying there's no immediate plan to add him to the team's roster before the playoffs. The coach added the visit was more about "due diligence" and noted the Saints had 6 wide receivers at their facility Friday.

Antonio Brown is in New Orleans working out for Saints officials … and the superstar wide receiver could be signed by the 1st place team.

ESPN's Adam Schefter first reported the news … Brown flew into town to meet with coaches and front office staff on Friday, hoping to land a job with his 3rd NFL squad this season.

Brown's had a disastrous season … the Raiders signed him to a 3-year, $50 million contract, but released AB before he ever caught a ball after a ton of drama relating to his helmet and feet. He also had public spats with head coach Jon Gruden and GM Mike Mayock.

After he was released by Oakland, the New England signed the superstar WR … but cut him 11 days later after AB allegedly sent menacing text messages to a woman who previously accused him of sexual misconduct.

During Brown's short stint with the Pats, he was also hit with a lawsuit from a woman who claimed AB forcibly raped her in 2018.

The Pats cut bait with Brown in September … and he hasn't been part of an NFL squad since.

That could all change very soon … 'cause the Saints appears to have real interest in the superstar receiver.

New Orleans is having a great season … they're 12-3 and have already won their division. Offensively, the team's loaded with talent … from Drew Brees to Michael Thomas, arguably the best WR in football.

If the Saints want to sign Brown, they're free and clear to give him a contract … but there's a catch.

The NFL hasn't punished Brown for several of his alleged off-the-field issues … but that could be coming soon. The league could suspend, or place AB on the Commissioners Exempt list -- which would likely end his 2019 season. 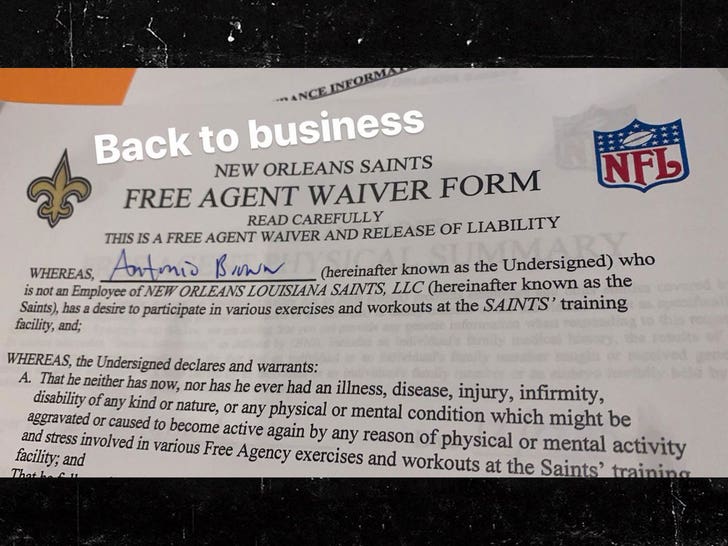 As for Brown, he seems ready to play football again … posting a photo from the Saints locker room, and a photo of a waiver he had to sign to work out. 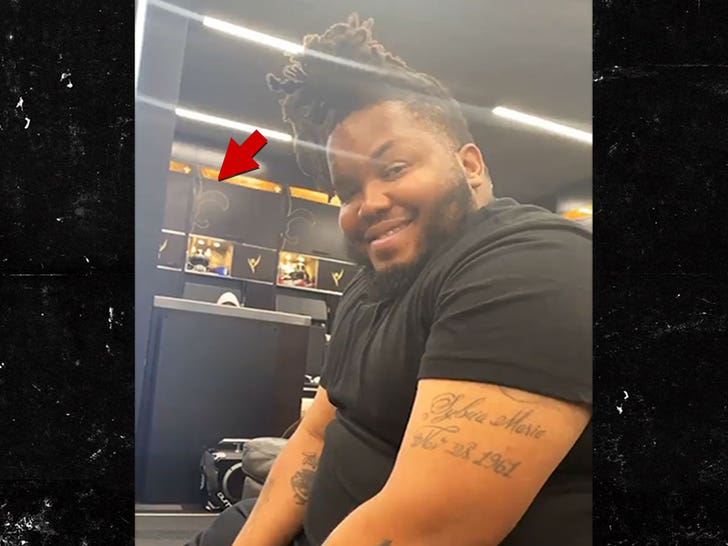 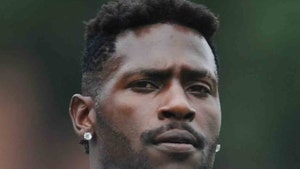 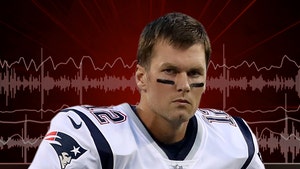