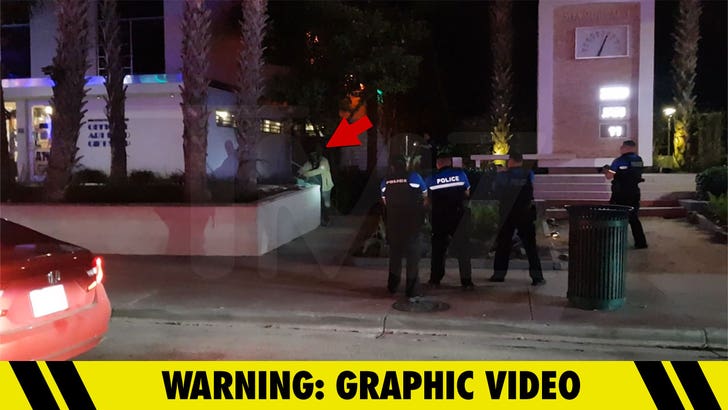 Cops on Miami's South Beach say they shot and killed a man ... after he stabbed one of their own -- and this video shows the entire deadly drama unfold.

TMZ obtained the video showing 5 officers slowly surrounding the man on Ocean Drive near the famous Clevelander South Beach Hotel. Cops say they were responding to a call for service, around 9 PM, related to the man. In the video, it appears one officer behind the man was first to open fire with a taser.

Once the suspect was down, the other 4 officers rushed in to apprehend him -- and it appears that's when he stabbed one of them.

Seconds after the 4 officers surrounded him ... they suddenly jumped back and 2 of them fired their handguns dozens of times. You can also see them dragging one officer back from the scene.

Police say the officer was stabbed multiple times and had to have surgery. The suspect was also transported to a hospital but died from his injuries early Sunday morning.

Cops say the injured officer is stable in ICU. They have not released the deceased suspect's name yet. 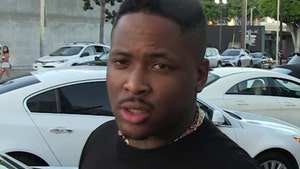 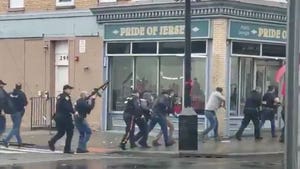