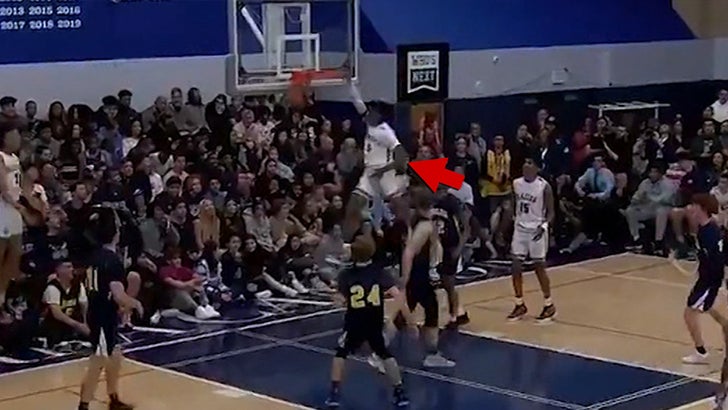 Bronny James was playing in his first high school game since Bryant tragically passed in a helicopter crash Sunday ... and the scene at Sierra Canyon was emotional.

LeBron was able to attend after the Lakers postponed their game against the Clippers to mourn Kobe's death ... and Bronny and his team honored the legend throughout the night.

Sierra Canyon wore Lakers and Kobe shirts in the pregame warmups ... and the team -- along with its Campbell Hall HS opponents -- took a 24-second shot-clock violation to start the night as a tribute to Bryant.

But, the most amazing ode to Kobe came during the 3rd quarter ... when Bronny took a lob from his teammate and hammered it home so hard, the gym exploded.

Bronny's squad ended up rolling to a victory ... and afterward, LeBron was loving the moment with his fam -- sharing an incredible embrace with LBJ Jr. and his wife, Savannah. 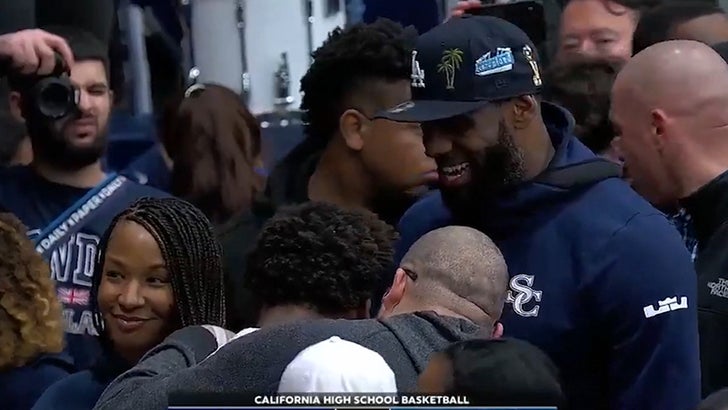 LeBron said earlier this week Bryant's death was SUPER tough on him, writing in an emotional goodbye to the 41-year-old, "I promise you I’ll continue your legacy man!"

Seems Bronny is down to do the same. 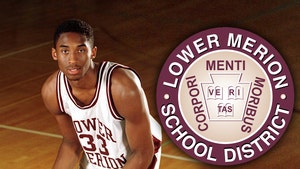