CamSoda's thought is once the cams are installed, players can live stream the feed from their homes 24/7 to monitor their property while they're out of town -- or have friends or family monitor the situation.

The company's VP, Darren Parker, says ... "The last thing members of the Chiefs and 49ers should have to worry about while preparing for, and competing in, the Super Bowl is making sure their residences are secure."

Parker cites the break-ins at the homes of Rob Gronkowski -- during the Super Bowl in 2018 -- and Yasiel Puig when the Dodgers were in the 2017 World Series. He says Travis Kelce and George Kittle don't need to worry about falling victim too.

The offer doesn't require accepting players to "perform" on their webcams -- but ya gotta think CamSoda wouldn't turn 'em down if they were interested. 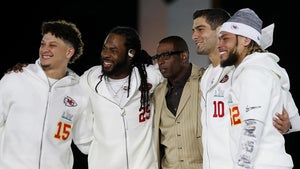 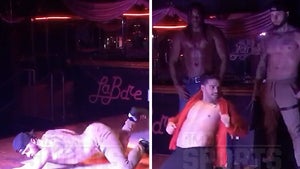