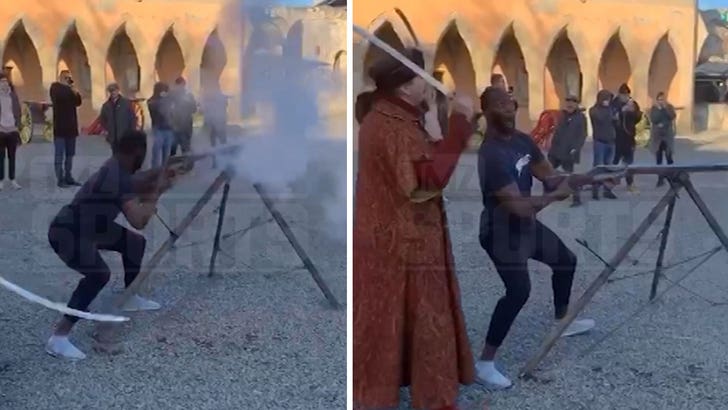 Here's Houston Texans linebacker Barkevious Mingo firing a cannon in Hungary ... and it's terrifying and awesome all at the same time!!

The former No. 6 overall pick in the 2013 NFL Draft is overseas this month to help bring football to underprivileged communities ... and while he was in Hungary on Monday, he decided to take a crack at firing a massive weapon.

We're told the action all went down at Eger Castle in Eger ... and the video of Mingo and the heavy artillery is nuts.

You can see in the footage ... Mingo looks pretty surprised by the explosion -- but once he realizes he's fine, he seems to love it!!

FYI, we're all pretty glad Mingo survived the blast ... 'cause he's still in talks to re-sign with the Texans before free agency kicks off later this month!!!

By the way, the American Football Without Barriers program that Mingo is a part of is a really cool experience for NFLers ... and stars like Austin Hooper, Alex Mack and Todd Gurley are all over there with Barkevious for the trip.

And, we're pretty sure their head coaches would prefer if this is the last weapon they experiment with on the visit! 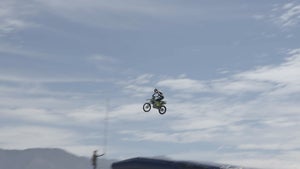 Daredevil Injures Both Ankles in Motorcycle Crash For 'Evel Live 2' 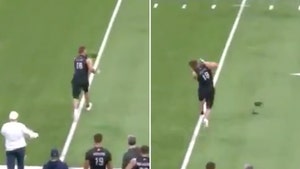