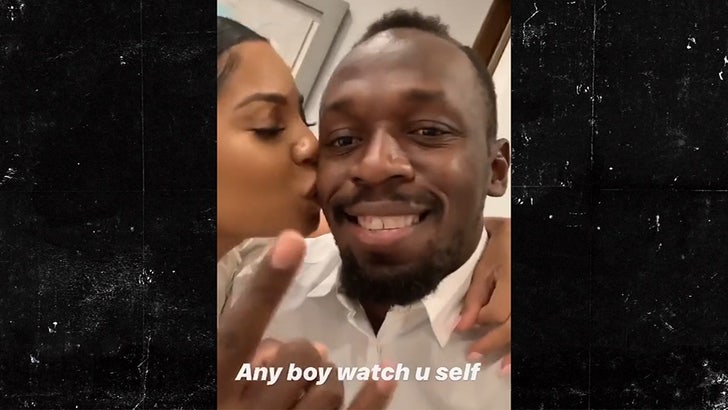 Usain Bolt threw a massive gender reveal party in Jamaica -- with huge fireworks, a crazy dance party and TONS of people ... oh, and he's having a little girl!!!

"Yo, I just did the reveal and I'm a girl dad," Bolt said before threatening future suitors ... "Any man! Any boy! Don't play with me!"

The Olympic legend and his longtime girlfriend, Kasi Bennett, threw the bash at Peter's Rock in Kingston Monday night ... where guests got all sorts of cool Baby Bolt swag -- hats, shirts, etc!

There were tons of people at the party, including fashion stylist Neko Kelly who did a pretty great job documenting the action!

When the fireworks exploded -- they lit up the sky with bright pink flashes -- and the crowd went nuts!

Event planners handed out pink Baby Bolt hats -- and Usain got a special custom Girl Dad sweatshirt, which he proudly rocked around the party.

Usain and Kasi have been dating for roughly 6 years -- though, as you might recall, she famously gave him a hall pass during the 2016 Olympics in Rio. 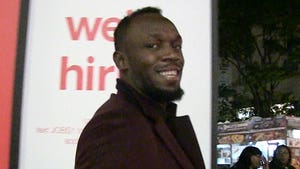