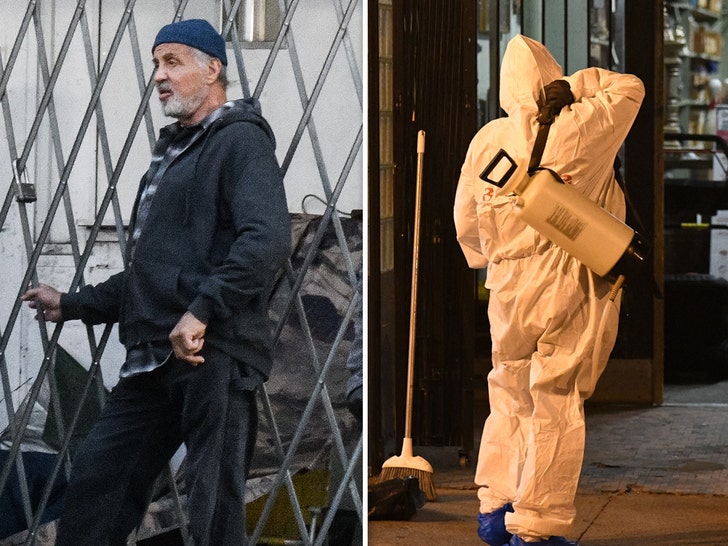 11:13 AM PT -- 3/15 -- According to Deadline, MGM is putting 'Samaritan' production on a minimum 2 week hiatus out of precaution surrounding the coronavirs. Apparently, Saturday's shoot was the final day of filming before the break, and it was just for a pick-up shot.

Sylvester Stallone's new movie is doing what a lot of other productions and production companies have halted almost immediately ... continuing to film amid the coronavirus.

The movie star was down in Atlanta Saturday, where he was filming on set for his upcoming sci-fi flick, 'Samaritan,' in full costume and makeup. What's crazy about that ... it appears COVID-19 was on the brain of several others working as well, based on their attire.

Check it out ... there's a woman wearing a face mask who was working on Sly's wardrobe. Not just that, but there was a guy in a freakin' hazmat suit doing what we're told was apparent cleaning on set too. Meanwhile, Stallone was out there unprotected.

Sly hasn't been careless about the virus either -- he was just spotted out here in L.A. last weekend wearing latex gloves while doing some shopping. He's well aware of the risks. 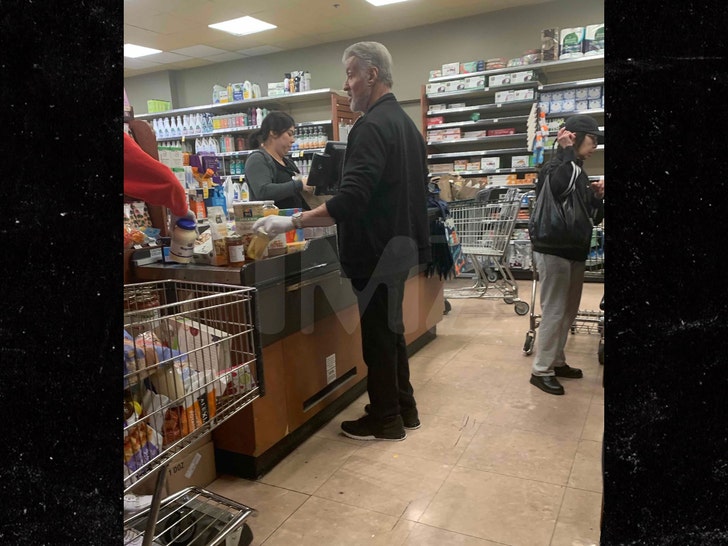 It begs the question ... with so many other movies these days halting production out of an abundance of caution, why is Sly's flick moving forward? Especially, when the staffers on the ground are CLEARLY worried and actively taking steps to ward off coronavirus???

What's even crazier is that Atlanta is no stranger to coronavirus -- there've been at least a few dozen confirmed cases in and around the area. Georgia's governor even declared a public health emergency recently, so it would appear the virus is running rampant there too.

MGM, Universal and Bond producers, Michael G. Wilson and Barbara Broccoli, announced today that after careful consideration and thorough evaluation of the global theatrical marketplace, the release of NO TIME TO DIE will be postponed until November 2020. pic.twitter.com/a9h1RP5OKd

Another curious thing here ... MGM just pulled the plug on the new Bond movie, 'No Time to Die,' because of coronavirus. So why are they moving forward with this?

Whatever the case ... here's hoping Sylvester's taking the necessary precautions. Be safe out there, bud. 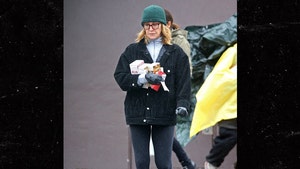 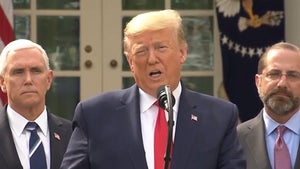