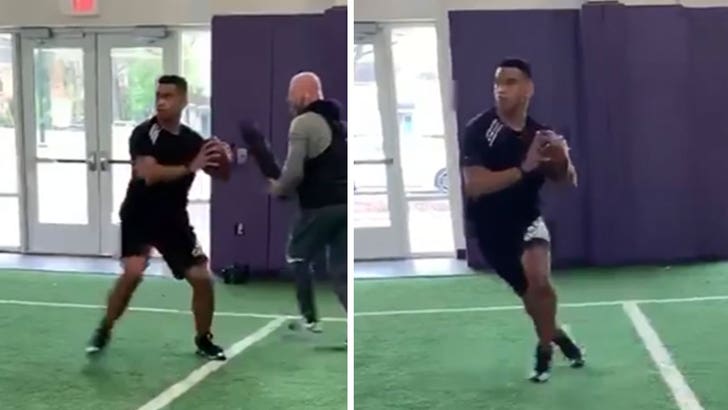 The 2020 NFL Draft just got a whole lot more interesting ...

Alabama QB Tua Tagovailoa -- who suffered a devastating hip dislocation injury just 4 months ago -- looked impressive as hell in a new workout vid ... and it's got us all wondering, could he now be the #1 overall pick???

Tua nearly lost his football career on Nov. 16 in a game against Miss. St. ... when the 22-year-old was sacked and gruesomely injured.

Here is the injury to Tua

why is he in when it’s 35-7
pic.twitter.com/ZgaDHxLDOQ

You can see in footage of the tackle, he landed awkwardly on his hip ... fracturing a bone in the area -- while also breaking his nose and suffering a concussion.

The injuries were considered career-threatening ... but Tua underwent surgery just days later -- and as you can see in a new workout vid he posted Monday night, he's clearly making an epic comeback.

Tua was cutting in both directions, and his arm seemed as lively as ever.

Of course, most NFL draft pundits have the Cincinnati Bengals taking Joe Burrow at #1 in the next month's draft ... but could this video have them rethinking things?? 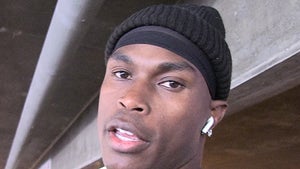 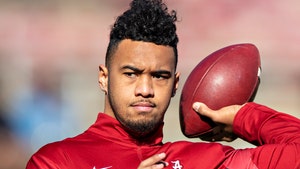