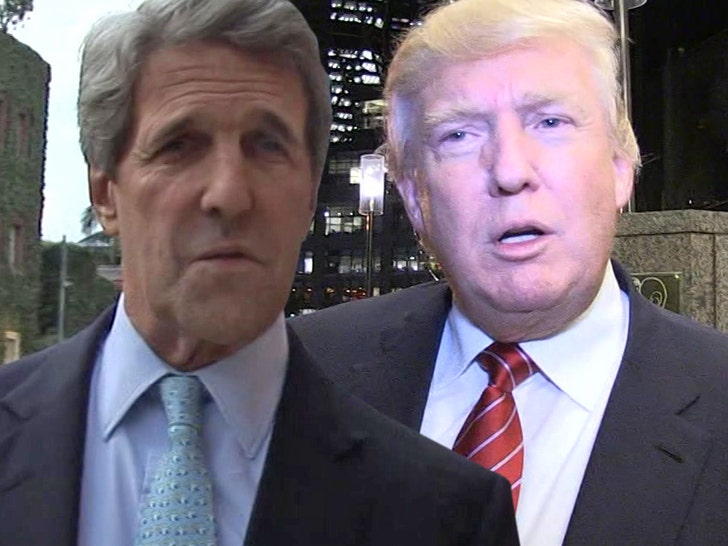 John Kerry didn't hold anything back on the lone representative in the House opposing the coronavirus stimulus bill, calling him an a-hole and an idiot ... and President Trump's impressed.

It seems Democrats and Republicans have come together not only to form the Save Our Workers Bill, but to skewer Kentucky Rep. Thomas Massie ... who happens to be a Republican. 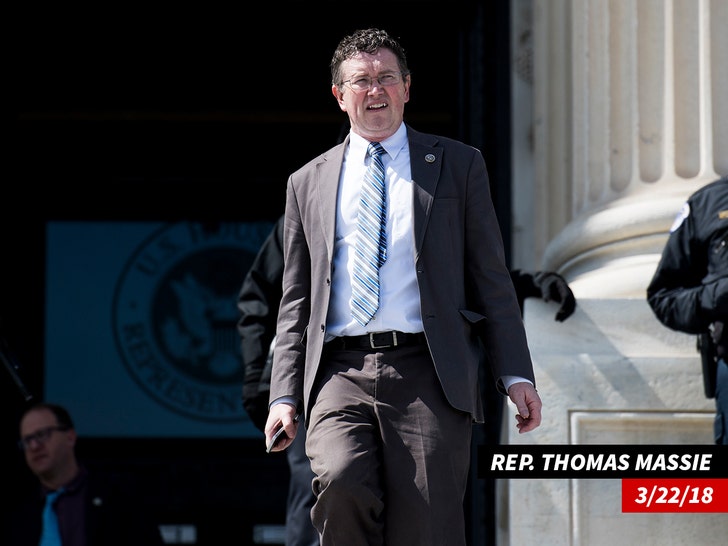 Not long after POTUS called him a "third rate Grandstander" and pushed for him to get kicked out of the party, Kerry chimed in saying ... "Congressman Massie has tested positive for being an a**hole."

He added about Massie ... "He must be quarantined to prevent the spread of his massive stupidity. He's given new meaning to the term #Masshole."

Trump replied, commending Kerry for his good sense of humor.

It's no laughing matter, though ... Massie's opposition to the bill is forcing members of Congress to return to Washington for a potential roll call and in-person vote on the bill, instead of passing it via voice vote.

As you may know ... some representatives have already tested positive for COVID-19 and are quarantining, so they won't be able to make the trip.

For others, a gathering in Washington means an increased risk of coronavirus exposure for the lawmakers ... along with a delay in the bill getting passed.

TMZ broke the story, some representatives complained weeks ago that the Capitol was still open to visitors and lobbyists and begged for the leadership to close the doors on visitors, but that didn't happen. One of the congressmen told us he's tested positive.

It's hard to see what Massie's play is here, but it's not hard to agree with both Trump and Kerry on this one ... and that's saying something.