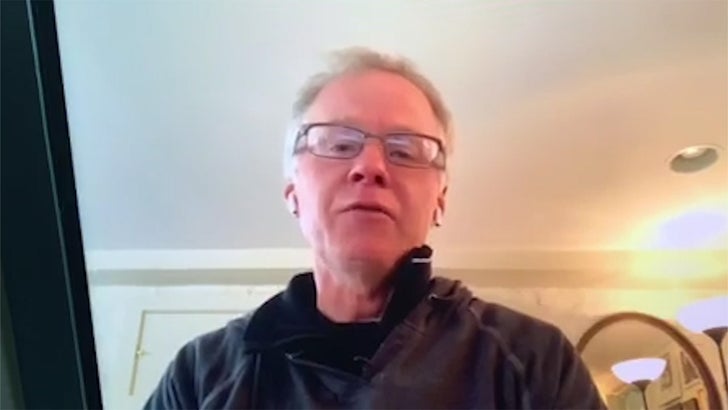 Ex-tennis player Patrick McEnroe tells TMZ Sports he feels "extremely lucky" that he hasn't been hospitalized after testing positive for COVID-19 ... saying he's grateful his body has been able to fight off the disease.

The ESPN commentator, 53, says he started feeling ill about 10 or 11 days ago and when he discovered he had a fever, he immediately reached out to NY officials to get a COVID-19 test.

"They said you're gonna get an answer in about 48 to 72 hours. And, it turned out I got the result within 24 hours on the website," McEnroe says.

"They sent me an email, and it said you came up positive."

The good news ... McEnroe says he had already begun to quarantine himself in his basement -- with his family (including his wife Broadway star, Melissa Errico) taking extreme precautions to minimize exposure.

"My wife has been amazing organizing the kids, bringing me food, leaving it to my little spot here, taking the gloves, doing all the things that we were told to do. Now, it's just a question of I'm staying down here a little bit longer, and then I suppose I'll have to get another test at some point to make sure it's cleared my system."

Despite the illness, McEnroe says he's staying active with his tennis academy through video chats -- "I just hosted a webinar for one hundred of our kids for our tennis academy, so I continue to try to do that."

He ended with this message ...

"I would say to most people out there, you can get through this. You can fight through this, just take the necessary precautions. Let's all do what we have been told to do which is to stay home, stay safe. And, again, I just want to give a shoutout to people that have lost loved ones or people that are really struggling." 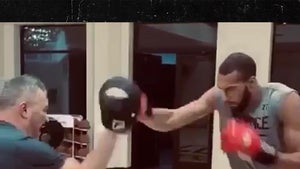 NBA's Rudy Gobert Posts First Workout Vid Since Coronavirus, 'Back At It'