Former UFC Middleweight Champ and current analyst Michael Bisping went ham on a fellow MMA fighter, calling him "a f***ing absolute moron" for minimizing the danger of the coronavirus.

Bisping just posted a blistering attack on the fighter known as Mind of the Warrior, who tweeted, "The solution is worse then [sic] the disease. Wake up dude."

Of course, Mind of the Warrior was parroting what Trump said recently ... it's why for a few days he was recklessly trying to re-open the country in a week ... which would have all but made economic ruin a certainly.

Bisping went wild, saying, "You are a f***ing absolute moron. Look around, people are dying at an alarming rate. You and people with your STUPID view are the problem. You selfish piece of s**t. I've wanted to say this to many people for a while."

As for what triggered this ... Bisping had tweeted, "It's so sad when you hear of the deaths, when you actually see the faces of these tragic souls it touches you in a whole other way. Just saw some poor mother and wife who died at 38. Please, stay at home." And that's when Mind of the Warrior wrote his snarky, ignorant response. 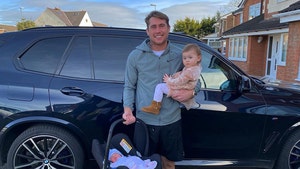