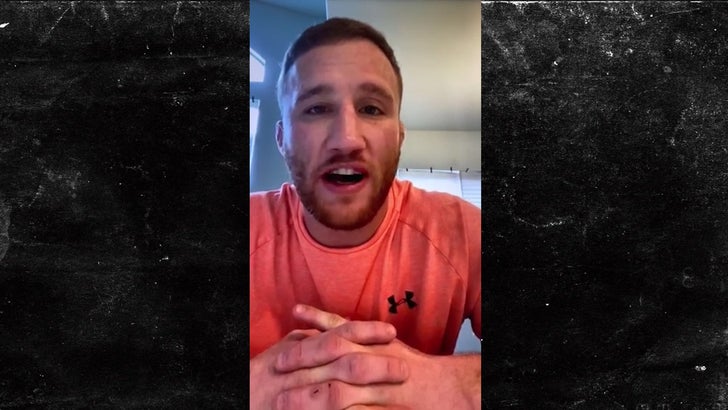 UFC star Justin Gaethje says he's both excited and terrified about fighting Tony Ferguson at UFC 249 ... saying, "I’m facing my fears right now and I think that’s what we all need to do."

Justin is replacing Khabib Nurmagomedov in the April 18 main event for the interim lightweight title after the COVID-19 pandemic left the Russian unable to leave his home country. White says all fighters on the 249 card will undergo thorough medical screening before being allowed to fight.

The 31-year-old knockout artist says he's never taken a fight on this kind of short notice before -- but explains, "I’ve also never been offered a UFC title and that’s the only thing I’m working for."

"That’s all I’ve been working for since the beginning, so I’m ready to gamble."

So, why did Justin ultimately agree to take the fight?

Gaethje says he didn't immediately say "yes" -- telling his coach he wanted to sleep on it for a night to really think it through.

"The next morning I woke up and said, 'If I lose where are we at?' For me, it’s in the same exact spot I am right now. I’m going to go out there and get a paycheck, which is nice, but ultimately I get a chance at glory."

"Heroes live forever, legends never die and I’m literally here to make a statement. My name will be carried on far longer after I’m here because of my effort, because of my work ethic and because of the skills I possess."

He added, "There’s very few people on earth that would sign up for what me and Tony just signed up for, including most UFC fighters. A lot of guys will say that they’re ready, but a lot of guys would not put their name on the dotted line."

Justin knows Tony is a dangerous opponent who "thrives in dark places" -- but warns him, "I hit like a mack truck, so when I hit him he’ll go to sleep." 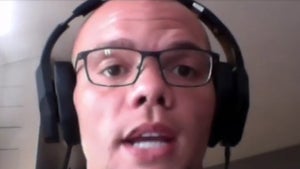