7:58 AM PT -- The MLB just released a statement on the report ... saying, "MLB has been actively considering numerous contingency plans that would allow play to commence once the public health situation has improved to the point that it is safe to do so."

"While we have discussed the idea of staging games at one location as one potential option, we have not settled on that option or developed a detailed plan. While we continue to interact regularly with governmental and public health officials, we have not sought or received approval of any plan from federal, state and local officials, or the Players Association."

The statement continued, "The health and safety of our employees, players, fans and the public at large are paramount, and we are not ready at this time to endorse any particular format for staging games in light of the rapidly changing public health situation caused by the coronavirus."

MLB officials are targeting a May return to the diamond ... reportedly in talks about playing the entire 2020 season with its players, coaches and personnel in isolation in Arizona.

The league suspended the start of its season last month in an effort to stop the spread of COVID-19 ... but ESPN's Jeff Passan reports that ban could end in as little as a few weeks.

The plan, Passan says, is to have the league essentially set up shop in the Phoenix area, and play all of its games at Chase Field and other Cactus League spring training sites.

The games would be fan-less ... and under the plan's idea, all MLB personnel -- including players -- would be forced to live in isolation, only leaving homes to go to and from games.

The plan -- which was reportedly talked about by MLB and MLBPA officials over the weekend -- would require STRICT adhesion to rules by all ... but it's believed the prospects of a steady paycheck and a return to normalcy would spur cooperation.

Some of the other key points of the potential return -- the league could go to an electronic strike zone to keep umps away from batters and catchers ... while dugouts would move to empty stands where players and coaches could sit 6 feet apart from each other.

The CDC and federals are allegedly on board the league's idea ... which also would require rapid coronavirus testing of players to ensure no outbreaks.

The plan would cost MLB BILLIONS in ticket sales ... although league officials reportedly believe a new TV deal to broadcast the Arizona games could help make up some of that cash flow. 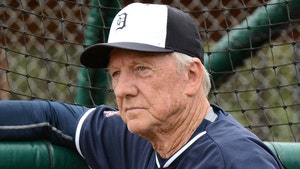 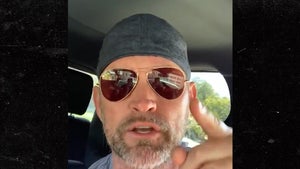