Trent Dilfer thinks whoever drafts Tua Tagovailoa in two weeks is getting a future NFL legend ... saying the Alabama quarterback has straight-up Hall of Fame potential.

"He throws better than Aaron Rodgers and Dan Marino," Dilfer told The Washington Post this week.

Of course, the ex-NFL QB is a bit biased ... he's been a key figure in training Tua to get ready for the draft -- but he claims Tagovailoa is as good a prospect as he's ever seen, nonetheless.

Tua would have been in the mix for the No. 1 overall pick on April 23 if he hadn't suffered a dislocated hip during the Tide's game against Mississippi State last November.

But, the injury issue, coupled with other minor ailments he suffered during his Alabama career have made him less of a lock to go in the top 5 now.

Dilfer, though, says the 22-year-old is healing up nicely ... and claims the guy is a better prospect than Joe Burrow.

"There are some really, really good quarterbacks in this draft, but the best one is Tua."

Most mock drafts have Tagovailoa going No. 5 overall to the Miami Dolphins ... so could we really see the next Marino in Miami soon??? 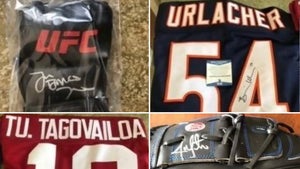 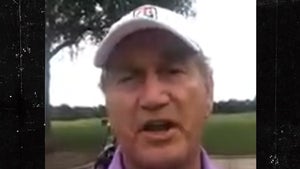