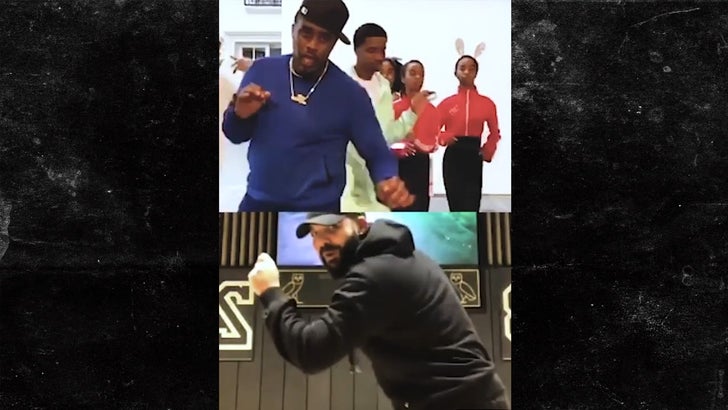 8:11 AM PT -- The fundraiser pulled in over $3.7M in total. We're told CÎROC joined the Combs family by donating the first $1,000,000 to the cause as part of the #WeAintGoinNowhere social movement.

6:48 AM PT -- 4/13 -- Before the night was over, Drake jumped on Diddy's fundraiser to perform his viral "Toosie Slide" dance with Diddy and family. The two have come a longggg way since 2014 when Diddy punched Drake at a night club in Miami. The beef started over Drake's single "0 to 100 / The Catch Up" ... which Diddy allegedly had first, but never released ... the song was a massive hit for Drake.

Diddy's virtual dance-a-thon for coronavirus relief is going swimmingly -- so much so, he ended up cutting a digital rug with his ex, Jennifer Lopez, and her current fiance, A-Rod.

The Bad Boy boss got his Team Love dance-a-thon fundraiser started on Sunday -- which is meant to raise money for healthcare workers on the front lines of the coronavirus fight -- and he hosted a slew of celebs who hopped on briefly and boogied with Sean. 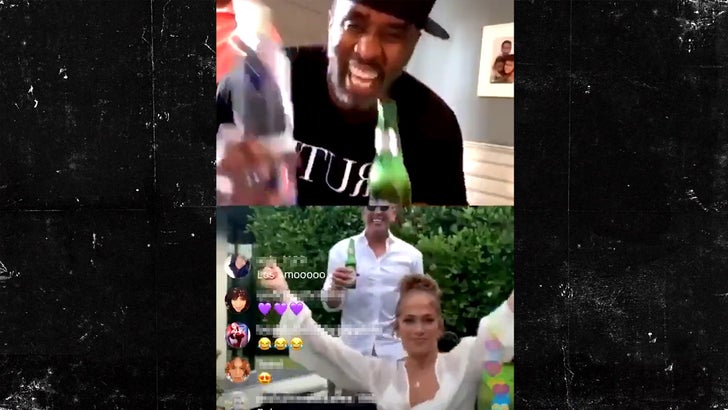 One of the most notable cameos came from a former flame of Diddy's ... J Lo logged in at one point and danced with her old boyfriend, all while sitting in the company of her current boo, Alex. It made for a sweet moment -- no awkwardness that we can sense.

Jen tells Diddy that A-Rod is his biggest fan, and is apparently always asking her to slap some of Diddy's old hits, especially the ones with Mase on them. Well, Diddy obliged that fix right then and there in person, and all three of them started to get down. Eventually, it was just Diddy and J Lo dancing -- all with Alex's blessing, we have to assume.

Megan Thee Stallion doing the Savage challenge on Diddy’s story is the best thing on the internet right now pic.twitter.com/5I6kFvRtrY

Other stars who joined the dance-a-thon included LeBron James, DJ Khaled, Burna Boy, Megan Thee Stallion, Kelly Rowland, Winnie Harlow and lots of others who were in the giggin' mood.

Diddy put up all the deets for the fundraiser in an IG post, and he's got the link for donations up in his bio as well.

It's all for a great cause, and definitely a mood boost we could all use right now. 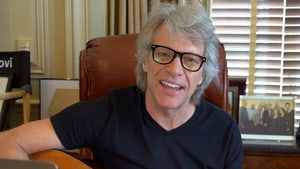