76ers partner Michael Rubin's dishing cold, hard facts about how he came up with the ingenious All In Challenge -- which already has Drake, Tom Brady, Meek Mill and so many more onboard.

Michael joined us on "TMZ Live" and talked about why he felt he needed to step up to help the millions suddenly in need during the coronavirus pandemic. When it came to figuring out HOW he could help, he says he remembered the phenomenon of the ALS Ice Bucket Challenge. 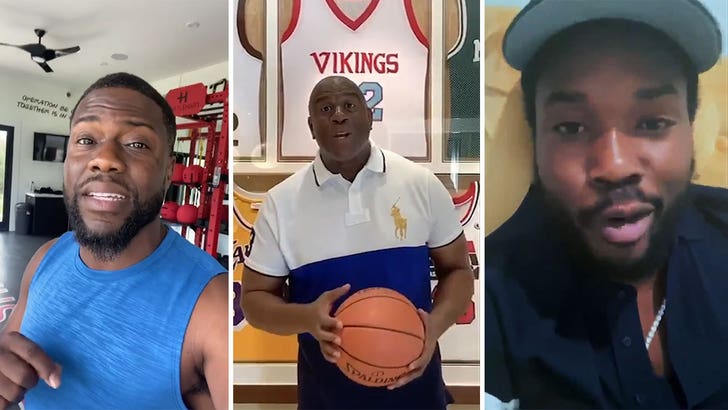 That 2014 movement ended up raising a whopping $115 million during an 8-week period ... and Michael has equally high hopes for feeding hungry Americans.

Rather than relying solely on government assistance, Michael says he believes it's important for leaders in business, entertainment and sports to make a difference. Luckily, he falls in all 3 categories and called on his friends to join his effort.

They've responded in a big way for the All In Challenge. As we've reported ... Kevin Hart, Magic Johnson, and Justin Bieber are just a few of the MANY celebs who've embraced it.

Brady took things up another notch ... not only because he's donating his first-ever Bucs jersey, but also cause he challenged Drake. All the proceeds from the celeb auctions and raffles will go to help feed Americans affected by COVID-19.

Check out the video ... Michael told us how the plight of his good friend, Meek, changed his approach to helping others. We're all glad he did -- millions of Americans are about to benefit. 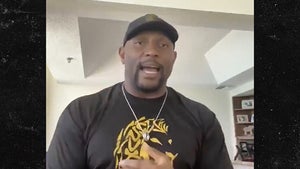