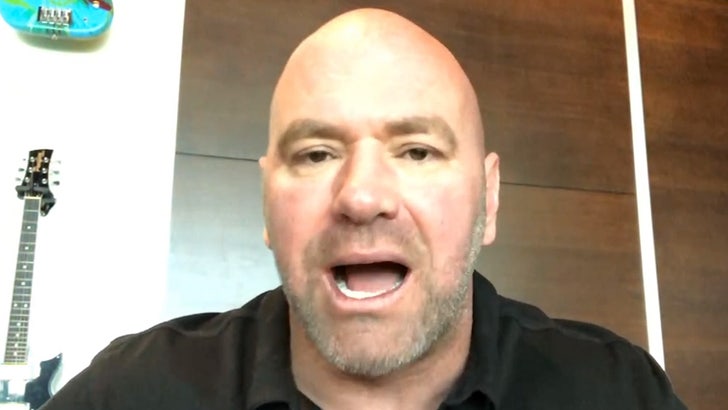 Dana White says UFC 249 won't only be the "best card we've ever had" but also the safest -- claiming he's spending a ton of money to ensure everyone is properly screened and medically cleared.

The event is going down on May 9th At the VyStar Veterans Memorial Arena in Jacksonville, Florida ... headlined by Tony Ferguson vs. Justin Gaethje.

Top to bottom ... it's a stacked card -- with Henry Cejudo vs. Dominick Cruz and Francis Ngannou vs. Jairzinho Rozenstruik.

But the big question ... safety.

Remember, UFC postponed the April 18th event at the request of ESPN and Disney due to the COVID-19 pandemic, but White says they're good to go this time around and he's sparing no expense on safety measures, including thorough screening for fighters and their teams.

"We're gonna have an overabundance of safety," White says.

"We're gonna spend what it costs. We have really smart people who've been working on this ... and we're gonna spend whatever it costs to make sure the fighters, their camps, the commission, the referees, our production people and everybody is safe that's gonna go to this event."

"We're going to do everything and then we're gonna go even another level above that."

White has a busy month ahead of him -- after UFC 249, Dana is putting on TWO more events within the week!!! 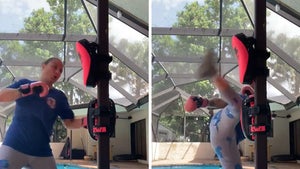 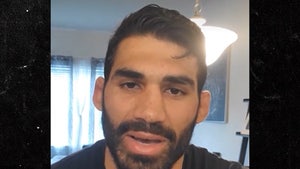 UFC's Lyman Good 'Back to Work' After Beating COVID-19, Training for Fight