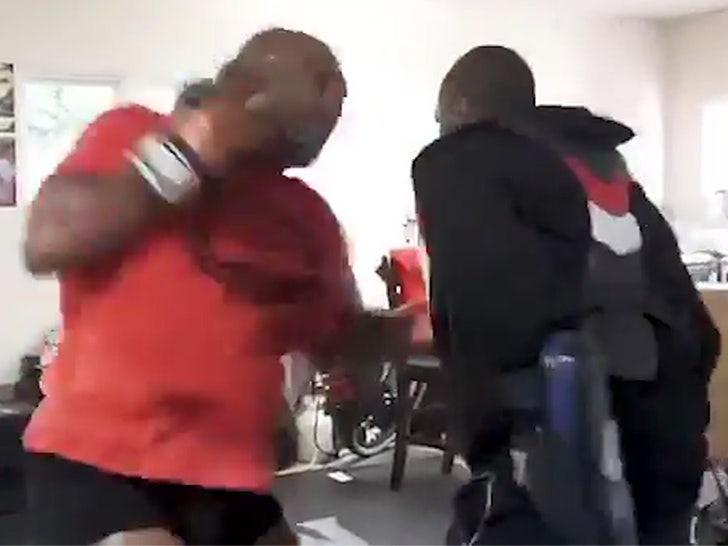 Welp, this is frightening ... 53-year-old Mike Tyson is back in boxing mode -- AND HE LOOKS LIKE A KILLER!!

A rep for Iron Mike confirms this footage was shot a few days ago as part of a promotional deal with Sony ... but damn, HE LOOKS TERRIFYING!

Just last year, Tyson told Joe Rogan he cut training out of his life completely because the adrenaline rush reminded him of the old, bad Mike Tyson ... the one he was trying to forget.

But recently, Tyson has been kicking around the idea of a comeback -- telling rapper T.I. he's interested in taking some exhibition fights to raise money for charities.

"I want to go to the gym and get in shape to be able to box 3 or 4 round exhibitions for some charities and stuff," Tyson said.

"Some charity exhibitions, make some money, help some homeless and drug-affected motherf**kers like me."

Well, he wasn't BSing ... Tyson really did strap on the gloves and he looks as explosive as ever.

Tyson hasn't fought professionally since 2005 -- but racked up a 50-6-2 record during his legendary career. 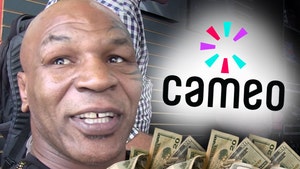 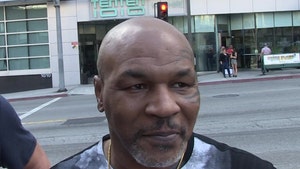 Mike Tyson's Gangster Explanation About Why He Doesn't Fear Death